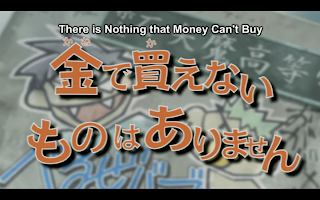 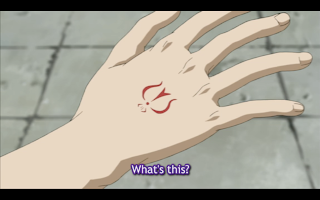 Oga gives up fighting with the hope that it will make the mark go away.  The scenes where Oga is heckled by other delinquents are pretty hilarious, as he just nonchalantly ignores them and runs away.  Gotta love someone acting out of character. 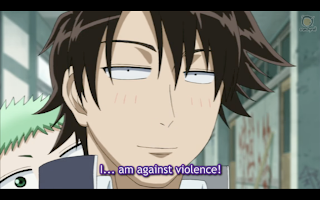 The second of the Touhoushinki, Himekawa, hires a group of delinquents to kidnap Hilda.  They kidnap Furuichi as well, who was just in the wrong place at the wrong time.  Himekawa hopes that this will get Oga’s attention, and when Oga does sneak in with the help of Allaindelon Himekawa tries to get him to work for him. 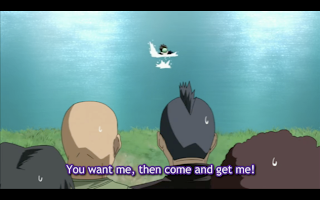 Oga decides to forget about his promise not to fight in favor of beating up Himekawa and helping his friends.  This is part of what I referred to earlier, Oga may act like he doesn’t care, but being a Man and protecting his friends is just as important to him as it is to any Shonen protagonist.  He just happens to approach it from a different angle.  Or he acts completely different from other shonen protagonists.  This alone is worth sticking around for this series I feel.  Oga may have all the hall marks of the great/typical shonen hero, but the way he puts them together, and the rest of his personality are so completely different, interesting, and entertaining that he is easily one of the most original shonen heroes in a long, long time.  He’s basically what we were promised Ichigo would be like at the beginning of Bleach, but weren’t delivered that promise. 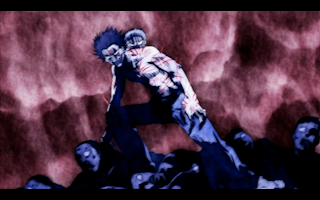 Himekawa thinks that he has Oga tricked when he uses a stun baton on Oga, but much like Ash from Pokemon, Oga has become conditioned to worse electrocution and it does absolutely nothing.  Even his hidden ceramic plate does no good when Oga punches him in the gut.  Oga draws on Beelzebub’s power to take out Himekawa after all the tricks he pulls, causing the mark to grow larger. 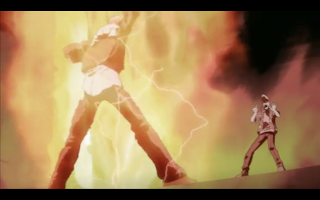 There’s nothing quite like plot, which after the last episode that was half filler and half an original manga chapter, and completely freaking weird.  While the plot isn’t the most original thing, few plots ever are, it is supported by the fact that Oga is easily the most appealing character in current shonen.  Or if he’s not the most appealing, he’s at least a close number two.  He may act like he doesn’t care, but he does care about his friends, even if he does pile plenty of abuse on Furuichi.  And even Oga’s decision to give up fighting, a defining part of his character, is made with the good of humanity in mind.  Sure there is that element of, “I better stop fighting or things are going to get worse for me,” but he isn’t some douchebag who decides other people aren’t worth worrying over.  So yeah, watch this show, or read the manga, just because Oga is one of the best of shonen heroes and you won’t regret following his story. 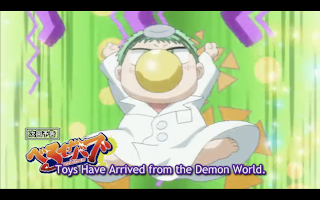