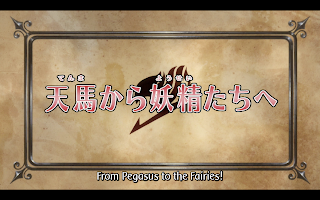 Wendy manages to find Erza and Jellal.  None of them know how to stop Nirvana, which becomes a moot point as Nirvana finishes its preparations to fire and fires upon Caite Shelter. 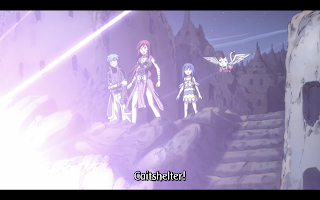 At the last minute the Blue Pegasus airship appears and fires upon Nirvana’s leg, diverting the path of the attack.  A particularly epic scene, boosted by even more new music that fits the situation perfectly. 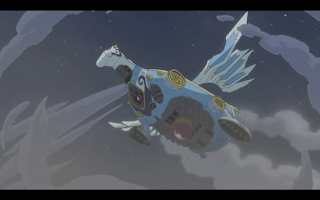 Hibiki contacts the rest of the allies on Nirvana with his telepathy and tells them that they were able to get the airship running again using their own magic to momentarily fix the damage.  However they don’t have much time as their magic is running out.  He tells them how to destroy Nirvana, by simultaneously destroying the six lachryma crystals that power.  If they don’t do it simultaneously, then the other crystals will just regenerate the broken ones.  I can only assume that this is instantaneous, since the way it sounds there is no margin for error. 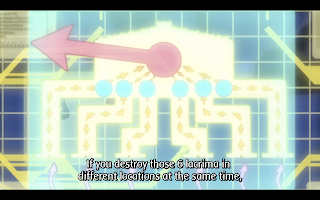 Zero hijacks the telepathy and reveals that he knows all about their plan.  He also reveals that he is standing in front of one of the lachryma, so they have no chance of succeeding as whoever goes to the one he is at will never beat him. 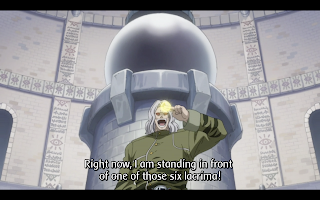 As the bomber Christina starts to go down the mages aboard it send out a last plea to Natsu and his group.  Without them there aren’t enough mages on Nirvana capable of destroying the lachryma.  Their pleas awaken the fallen heroes, and finally there are enough to destroy the lachryma.  And in a rare sign of bravado Lucy actually says that one lucky person gets to fight Zero. 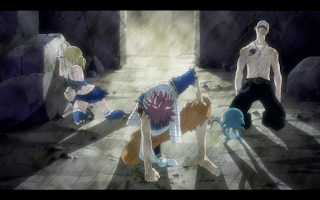 Natsu manages to find Zero, which Erza predicted as she knew Natsu could smell him and chose the site where Zero was.  When Erza mentions Natsu’s name something clicks inside Jellal and he seems to remember Natsu’s name.  With an ominous look on his face he and Erza go their separate ways. 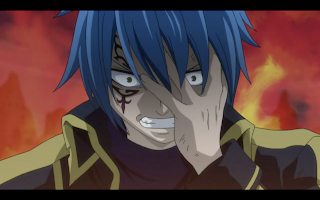 Natsu starts to fight against Zero, but doesn’t do too well.  Then he is suddenly attacked by a ball of fire. 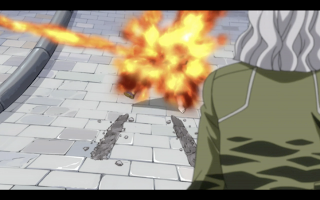 And Jellal reveals himself, standing at the entrance to the lachryma chamber, his smoking hand extended, a vile smirk on his face. 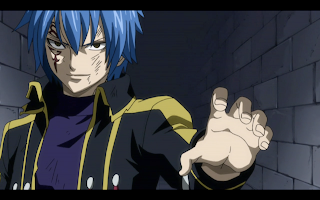 Another good episode.  This arc is steadily rushing towards its climax, and if this week’s cliffhanger is any indication then it should be an appropriately epic climax.  Jellal’s apparent betrayal was unexpected, as he seemed to be back to the way he was before his mind was messed with in the first place.  And the attack from the Christina was epic in its own way.  Overall that’s how I would describe this episode.  Epic last minute rescue by allies, epic heroes standing back up for one more shot, and epic cliffhanger.  Definitely worth the wait. 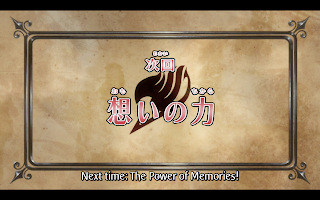