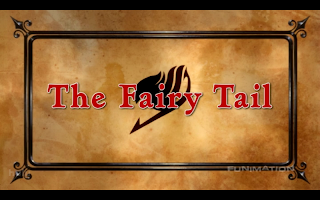 Introduction
Four episodes of the Fairy Tail dub have been released on Funimation’s simulcast. I was originally going to review each episode as it came out, but that would be too much work. Sure I could use this as a chance to review all the episodes I never reviewed, but really, who cares? Instead I’ll give you a first look at the long awaited Dub, and we can see if it stands up to the original. I’ll save my commentary on following episodes for when I get my hands on the DVDs.

My Opinion
When it comes to a dub there are two important parts. Namely, the performances by the voice actors, and the adaptive script. Are the voice actors right for their characters, and do the writers adapt the script without any serious loss in meaning? 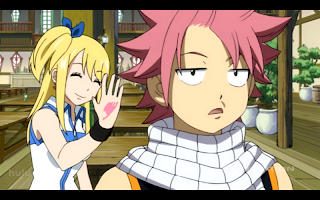 Voice Work
Since the first four episodes mainly feature the three main characters I will focus on them. 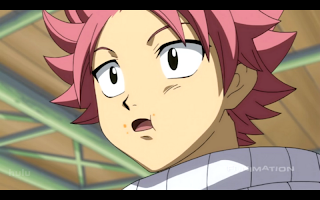 Todd Haberkorn does a great job as Natsu. He manages to deliver a performance that not only captures the spirit of the original role, but also manages to taylor itself to the nuances of the English language. In other words, he has a distinctive voice that brings Natsu’s character to life, without sounding cartoonish. 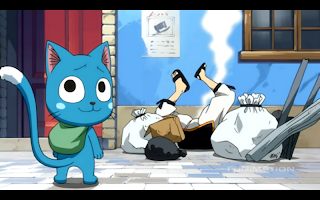 I’ve compared Happy’s voice to Chopper’s before, and I stand by that opinion. Tia Ballard manages to pull off a voice that is in the same vein as Brina Palencia’s Chopper voice, but doesn’t stray into pure imitation. Happy’s voice fits him well as the cute mascot character, but also as one of the primary sources of comic relief. Tia keeps the voice from getting too squeaky, thereby ensuring that her Happy voice won’t start to grate on the ears after listening to it for too long. 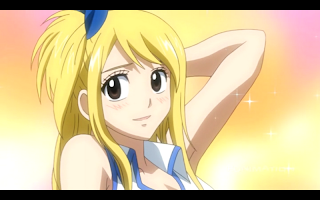 Cherami Leigh’s version of Lucy was the one voice that I was surprisingly conflicted about. While I did pick her as my choice for Lucy, I still felt like the voice was off. However, after that first impression the voice quickly grew on me, showing that it wasn’t bad, just different from Aya Hirano’s version of Lucy. Cherami’s regular Lucy voice sounds a tad bit like her other roles, but she manages to nail Lucy’s personality perfectly. Especially in scenes where she is screaming. Cherami brings a lot of personality to the character, and I’d even go so far as to say that her voice work here has a bit more personality than Aya Hirano’s original. 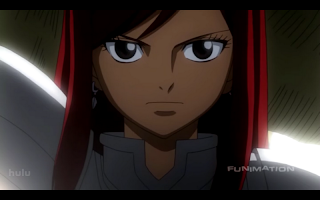 The entire cast is strong, with voices that match their characters. Some will take some getting used to, though none stand out as not fitting. Out of the few performances I’ve been able to see in the first four episodes I have to say that Christopher Sabat’s Elfman stood out the most. I love his work, but a lot of his voices sound quite similar. With Elfman Sabat took his trademark deep voice, and altered it subtly, but enough to set Elfman apart from all the other deep voiced characters Sabat’s voiced. I was worried that his prevalence in anime dubs would make him stand out, but he’s skilled enough to make the character his own. 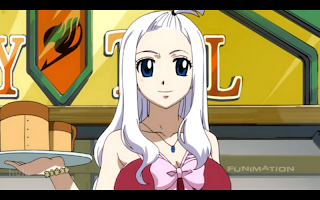 Out of the rest I have to say Mirajane stood out just as much. In this case I’m a little more skeptical on her casting. Monica Rial is a great voice actress, but her take on Mirajane is a bit too much “little girl” for my taste. I can hear some definite May and Momoka lingering in her performance, which sort of works for the sweet girl persona that Mirajane puts forth, but it doesn’t quite work for me. However, there was a moment, when she was talking about Natsu’s past, where her voice changed just a little bit for the serious scene. While I’m initially skeptical, I’m also looking forward to where Monica takes the character in later episodes.

Script
On an initial glance the script is well put together. No important information is lost, and no character traits are changed drastically. So overall a strong script. A few minor points of interest are that they managed to adapt Natsu’s catchphrase “I’m all fired up!” into a line that sounds more natural in English, but I fear will soon go the way of “Believe it!” 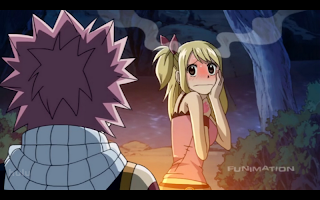 Conclusion
I’m looking forward to the release of the DVD set. So far FUNimation only has the first four episodes up on their website, and just based off of those I can tell that this is going to be a strong dub. I highly recommend pre-ordering the DVD set to any fan of the series. 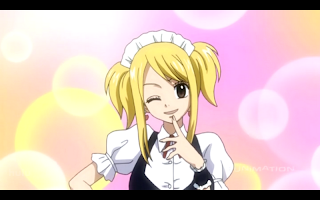 There may be a few voices that take some getting used to, but no bad voice actors were cast for any of the roles; and while not all are direct hits, none of them miss the mark by very far. With a faithful script added to the good casting, this series will be well worth the money.

For anyone that hasn’t watched the series yet, I recommend checking out the anime. It’s a good adaptation of a good manga.