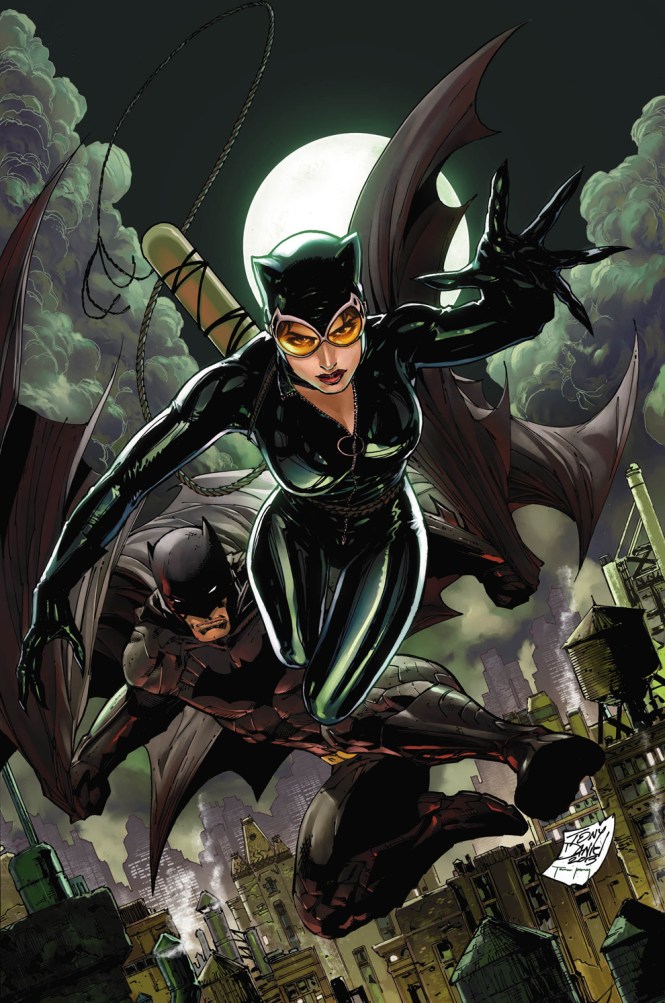 Batman confronts Catwoman about the stolen paintings, which he apparently cares about. No reason why he should though. Selina steals them back at the end of the book. In the middle there’s some stuff about sneaking into the police headquarters.

The Review
Confession time, I’m very invested in Batman and Catwoman’s relationship. I dislike shipping, but sometimes I can’t help myself, and I’ve liked these characters for quite some time. So any chance to have them actually interact is a lot of fun. But is it just me, or does it feel like Nocenti has been told, “You have to write Batman and Catwoman as a fated romance” but she doesn’t actually believe in it? How else could we get clumsy moments like Trip commenting on how Catwoman has Batman, and doesn’t need him (by the way, there goes by “Trip is Batman” theory)?

Speaking of which, am I the only one who is confused about who Trip actually is, and why he cares? I thought whatshisface (Spark?) was dull and uninteresting, but at least he had a clear presence in the story. Trip just happened to show up at one point, and suddenly I find myself wondering what the heck he’s doing there.

I really feel that Nocenti isn’t comfortable writing these characters. Neither Batman nor Catwoman feel right in this book. And there is a characteristic sense of confusion in regards to what is happening and how the characters are interacting. If Nocenti doesn’t have the necessary grasp on the character, then perhaps we need someone else on this book. All the out of place elements, such as the supernatural elements, just make me feel like Nocenti would rather be writing a different story.

Is it really that hard to pair writers with characters they feel comfortable with? Could we please start getting books written by writers that actually like the characters? I really, really like Catwoman, but I haven’t read a really good book with her as the lead since the early nineties.