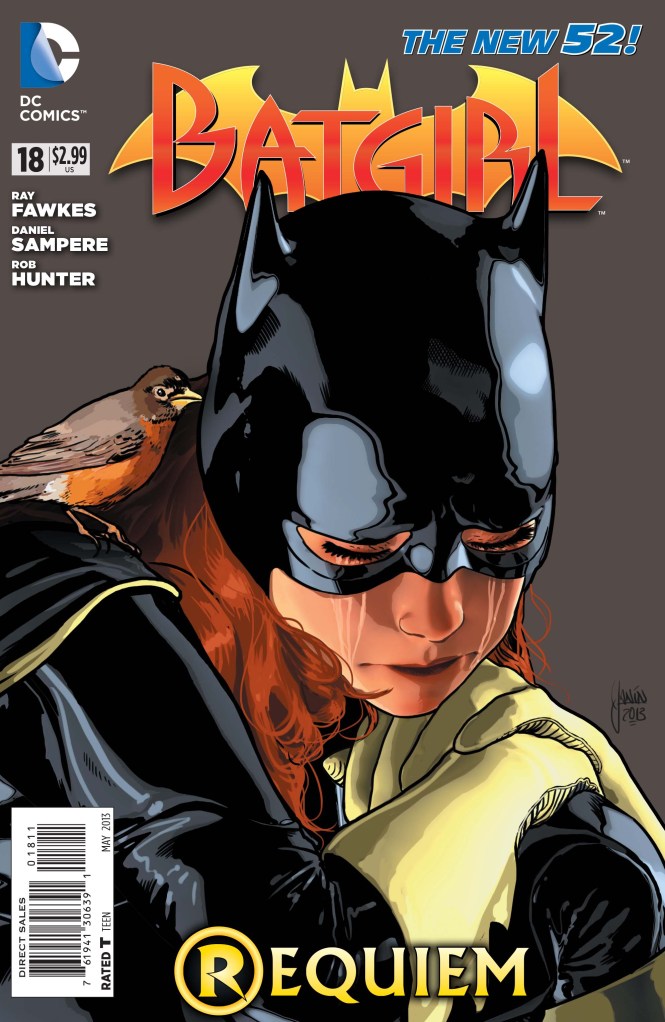 After surviving the explosion, Batgirl hunts down Firebug and takes him out. After which she goes after her brother, who is targeting their mother.

The Review
I’m trying not to judge these books based on how well they tie into Requiem, but I do find it amusing how little reaction Barbara has to finding out Damian is dead. Granted, she barely actually interacted with him. But her dead eyed reaction is kind of unsettling.

As for the actual story of this issue. I can’t say I was very invested. Knowing that Fawkes only has two issues before Simone comes back means I don’t feel any real need to dig deep or get invested in this issue or last issue. So really it comes across as an interlude between the actual story. And while there are ongoing threads that carried over from Simone’s run, and will continue back into Simone’s run, the main threat of Firebug comes across as little more than filler.

The writing was so-so, far too much exposition for my tastes, and the use of an omniscient narrator just doesn’t work. Especially considering that this isn’t some ephemeral narrator, but is in fact James. I’m sure the question has been asked before, but how exactly is he supposed to know the things he apparently knows. He’s a psychopath, not a psychic, and unlike too many writers seem to believe, mental illness is not a super power.

This issue wasn’t necessarily bad, but it was certainly forgettable. I would recommend waiting until Simone resumes writing duties next month.