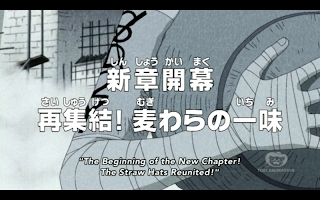 Introduction
One Piece is easily my favorite manga and anime series ever. Up until now I haven’t written any weekly reviews for the series since I was already writing too many, and felt I would rather watch the series for pure enjoyment. But with the time skip giving me a good place to start, I decided I should start showing my love a little more. 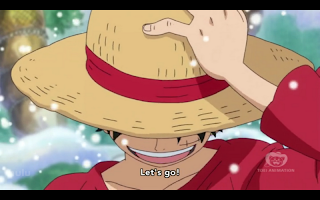 Plot Summary
In the past two years the Marine Headquarters have moved to the new world, leaving Sabaody more lawless than before. Rumors spread of the Straw Hat Pirates recruiting new crew members. Which comes as no surprise, considering how badly everyone has let themselves go. 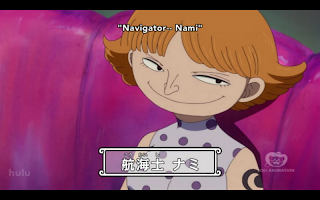 Only it turns out they aren’t the real Straw Hats at all! They’re fakes! 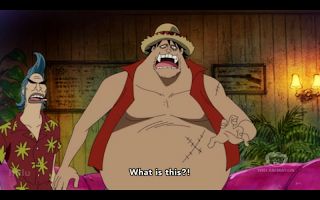 The real Straw Hats arrive in Sabaody one by one. Nami and Usopp have a run in with the fakes, while Sanji reacquaints himself with the fairer gender, and Brook has his very last major concert. All the characters are introduced in the same episode, much to the relief of the fans who have been waiting to see them again for so long. 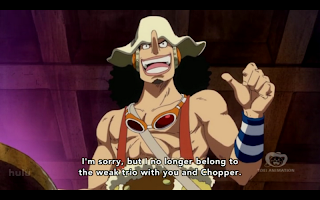 Fake Luffy goes gun crazy and shoots a woman who he mistakes for Nami. Luffy waltzes into the scene and knocks the fake over with his giant pack. The episode ends with Fake Luffy tempting a serious beat down. 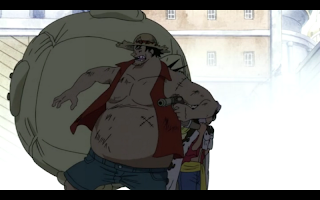 My Opinion
I’ve been looking forward to this episode ever since the time skip started in the manga. I have to confess that I might have had too high expectations. The animation came across as standard, good, but standard. Though really it definitely is more of me expecting far too much. 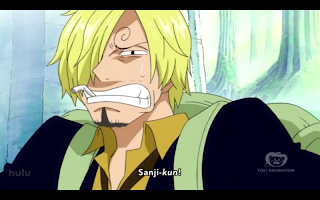 Seeing the new character designs, and finally hearing their voices again was wonderful. I started this series because I fell in love with the characters. And while the Whitebeard War arc was great, and some of Oda’s boldest storytelling, I still could not wait to finally have the characters all back together. 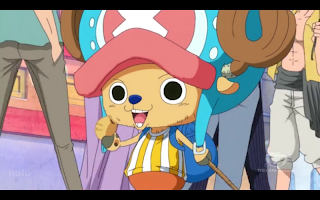 And it was worth the wait. The long separation made the reunion all the sweeter. Except there are still several stragglers. I wonder how many episodes it will take for everyone to be reunited. 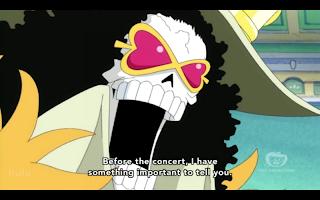 The new opening was good, but didn’t have as great an impact on me as other anime openings have. I think this is just a case of waiting for it to grow on me. 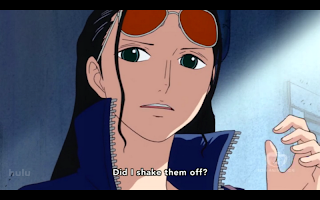 Now for a complaint, one I’ve been holding in since the time skip aired in the manga. I’m disappointed by Luffy’s new character design, namely the lack of one. He still looks like a kid. Two years makes a big difference, from seventeen to nineteen. Usopp is the same age, but he’s filled out a lot more. 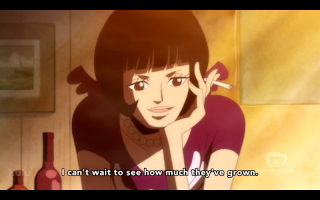 I know Luffy’s character design is a staple of the series, but I would have liked to have seen Oda take this in a bold new direction. Keep in mind, that Luffy is now the same age that Zoro and Sanji were when the series started. And he doesn’t even look close to the same age they were. It just feels like Oda is playing it safe, sticking to Luffy’s old appeal, rather than trying a new direction. 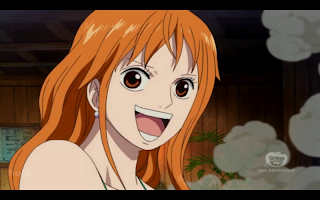 As always, I trust Oda enough to make this series worth following, but that doesn’t stop me from being disappointed by the lack of change in Luffy’s design. 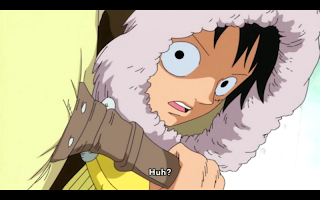