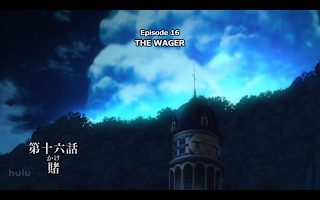 Introduction
At the beginning of act two tensions run high after the shocking reveal of Rin’s powers. It is a nice change of pace from hiding the protagonist’s powers until the near end of the series. 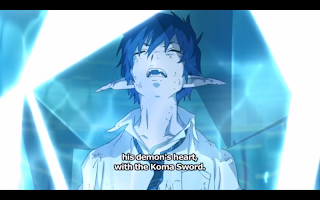 Plot Summary
While Rin rages in a berserk state, Mephisto comments on Rin’s powers being impossible for Kurikara to control. Rin’s flames cause him to go more out of control and turn him into a nightmarish apparation in front of his friends. 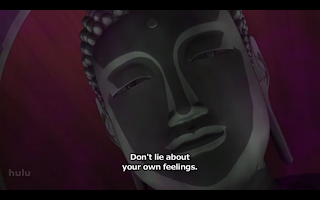 Yukio and Shura try to fight Rin, but Shiemi runs out and does the unthinkable: she hugs him. This snaps Rin out of his trance causing his flames to vanish. Shortly after, a new figure appears. His name: Arthur Auguste Angel, the new Paladin of the Order of the True Cross. His mission: to eliminate the son of Satan. 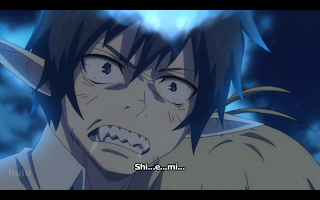 Mephisto is accused of treason against the Vatican, but claims he has done nothing illegal. Arthur then draws out his sword, Caliburn which has the voice of a young girl. He then proceeds to do what he originally came to do: Kill the son of Satan. 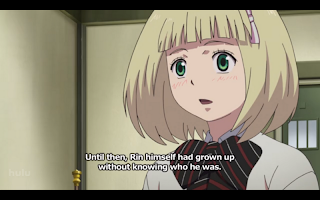 Shura intervenes to stop him, but before a fight could start, a summons is sent to Mephisto by the Grigori. Thus Mephisto and Rin, who is now encased in a huge block of crystal, are brought before the Grigori in the Vatican courtroom. 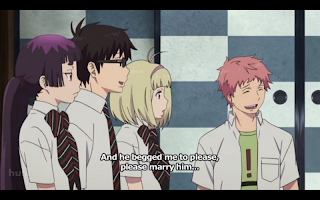 After a single question, Mephisto admits that Rin is indeed the son of Satan. Cut to Yukio talking about Rin’s birth. Yukio says that while Rin inherited all of the demon powers, he himself did not and is just a normal human being. 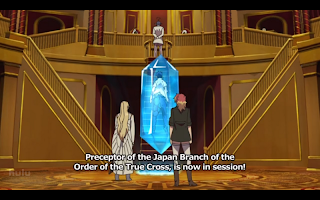 Back to the courtroom, the Grigori mention the name of the Okumura siblings’ mother, Yuri Egin. Mephisto reiterates what Yukio said about Rin being the only one to inherit all of Satan’s powers. Cut back to Yukio talking more about what had happened before they came to the academy. Yukio mentions that with Kurikara broken, Rin can no longer be human. 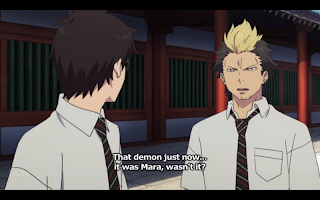 Suguro says that there is a way for Kurikara to be repaired, by a swordsmith going by the name of Yoshikuni. This is where the episode deviates from the canon plot to filler. Which I will make brief: they go to to the town where the swordsmith lives, learn what they need to fix Kurikara, go to the place to get the material, and deal with demons called Mara before returning back to the swordsmith. 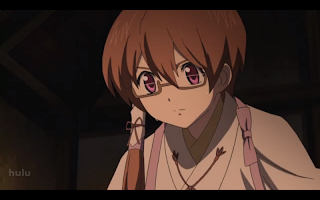 Achievement unlocked!
Cut back to Mephisto still in trial when Amaimon goes on a rampage in the Vatican. Mephisto uses this chance to propose his wager to the Grigori. Namely: Will Rin become the savior of the world or the next demon king? 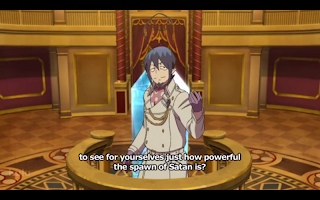 My Opinion
This was actually a decent episode despite the need to add filler for the fixing of Kurikara. I enjoyed how that part was woven into the actual plot of the episode. Arthur amused me, especially his sword. I just can’t get over his sword having the voice of a young girl—actually she kind of sounds like a fangirl. 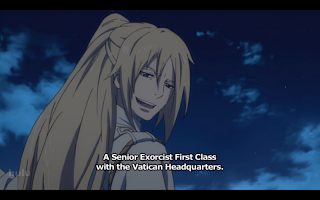 Though really, who can blame her?
Having Rin’s fate being in the hands of Mephisto was a bit unnerving, knowing that Mephisto himself is a demon. I do like Mephisto but I just can’t help but wonder what his intentions are. Still, gambling on Rin becoming the hero or villain, that’s quite a gamble, Mephistopheles. Just what are you up to? 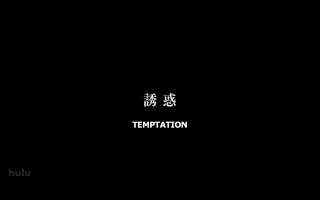