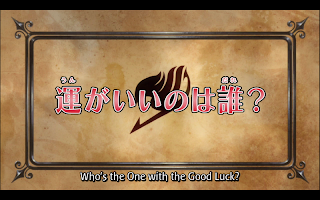 Introduction
And finally we are caught up to the current episode. Enjoy more timely reviews from this point on. I may not be the most analytical reviewer, a lot of my recommendations are based off how entertained I was by a show. Which is how I am approaching this episode. There are bits that could be complained about, but in the end it was entertaining, and that’s all I’m asking for. 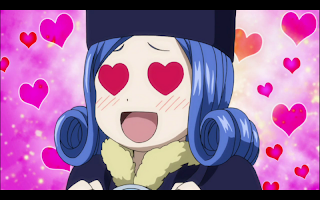 You can never have too many of these screenshots.

Plot Summary
The eight S-Class exam contestants, and their partners, are traveling to Tenrou Island. After the opening antics, which include Juvia fawning over a naked Gray, Makarov explains the first test. 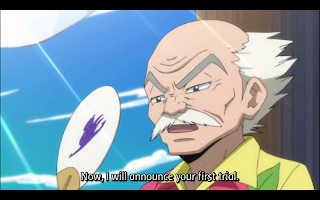 They have eight paths to chose from, three of which are guarded by the current S-Class members Erza, Gildarts, and Mirajane. Four of the paths are battle routes, with each path joining with another of the four, pitting the contestants against each other. One path is a free route, which allows whoever choses it to get through the first test free. 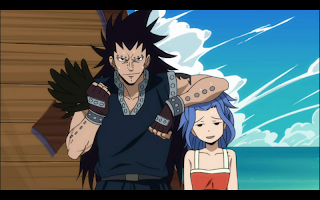 The test begins while they are still on the boat. When Natsu and Happy try to fly off they find themselves trapped by Fried’s enchantments. Levy and Evergreen are able to rewrite the runes, allowing them and their partners to escape Fried’s trap. The rest have to wait the five minutes it takes for the enchantments to wear off. 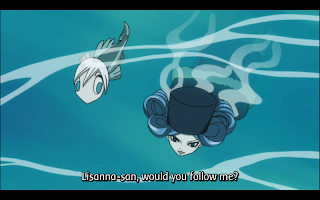 When they finally do, everyone makes a dash for the island, with Lucy and Cana in the rear. Natsu makes his way to the island, and finds that several routes are already taken. He choses E, for Erza, and goes off to challenge her. 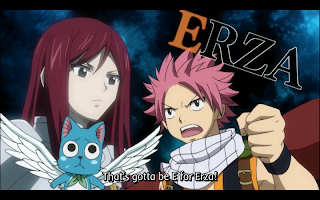 Lucy and Cana take the only path open to them, and come across Fried and Bickslow, two characters that neither of them could take on their own. They are able to put up a fight by taking advantage of Fried’s weakness to beautiful women by summoning women from cards. Lucy faces against Bickslow and is able to take him out, leaving them with only Fried to face off against. 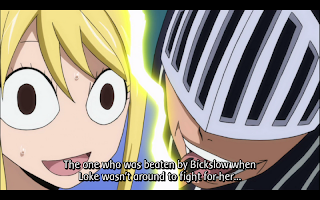 Cana is able to surround him with women, and set a trap that knocks him out, allowing her and Lucy to pass on. Only after they leave Fried and Bickslow get up, revealing that they let Cana and Lucy win, because Fried believes he owes them a favor. 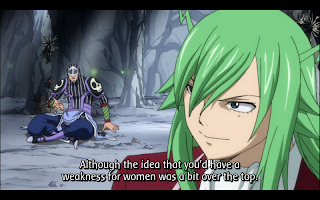 Natsu in the meanwhile makes his way through his tunnel and comes across not Erza, but Gildarts. 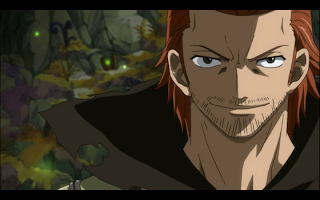 My Opinion
I would just like to point out that it was very hard for me to find usable screenshots for this review. I’m sticking to my guns on not posting an screenshots that are excessively fanservice oriented. But with episodes like this, where the women are all in swimsuits, and the fight happens with them still wearing swimsuits, it gets kind of hard to pick screenshots. 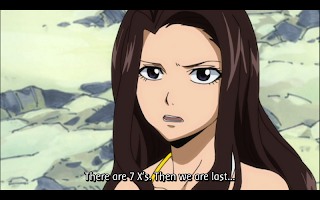 The excessive fanservice aside, and I have to say this episode has the most boob jiggle animation I’ve seen for this show. We’re nowhere near Gainax levels yet though, so don’t get too excited. But this really was a fun episode. 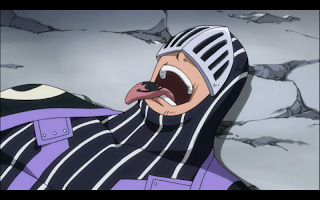 Except for the scene where Cana summons all those women. I’ve come to realize that I despise the high pitched sound too many Japanese women make when they’re trying to be cute. It just grates on my nerves. 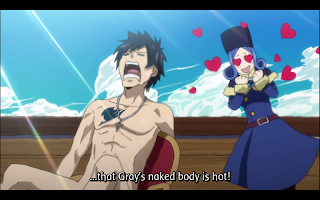 I am a little peeved about how Lucy and Cana only won because Fried let them. Yes, Fried and Bickslow are much more powerful, but it just feels a disservice to Lucy’s character to deny her this chance to grow. And Cana only continue to make no sense. She’s been a member of Fairy Tail longer than most current members, and yet she’s much weaker than a large portion of the cast. What on earth has she been doing all this time? 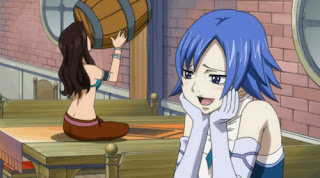 But really that’s an issue that probably concerns others more than it does me. I just like to be a little contrary every once in a while. It reminds me that while Mashima makes some incredibly entertaining manga, he does make a lot of mistakes. Which I for one don’t begrudge him at all. Make me laugh once and I’ll forgive you three mistakes. 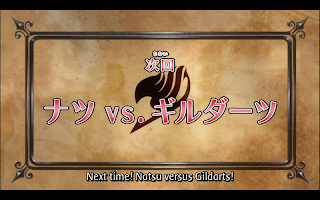