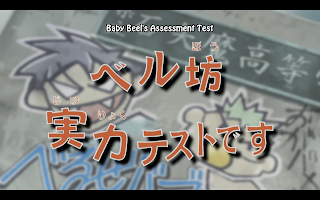 For those of you who were wondering what happened to the episode that was going to be the tenth, wonder no more, for here it is, in all its unorthodox formatting glory!  The last time we got a half episode it was half great, and half the reason why only half the fanbase of this show remains.  So let’s see if this episode is as bad, and if changing the airing schedule was the right thing to do! 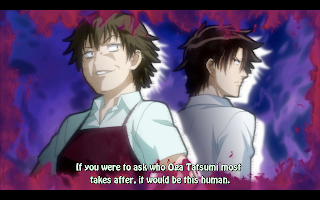 In the first half of the episode it turns out that they do in fact have some form of traditional schooling.  Sort of.  Turns out they have big placement tests coming up, and while Oga is trying to study for them, the Great Demon Lord decides to give his son a test too.  He has to defeat a hundred humans in just a few days, or he and Oga will both be doing remedial lessons in Hell.  I thought that’s what regular remedial lessons were? 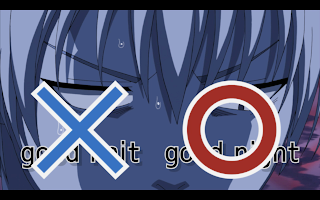 Oga decides to dump Beel on whoever does the best in the test, to avoid having to do the remedial lessons in hell, since he decides all the other ones were failures because they were too stupid. 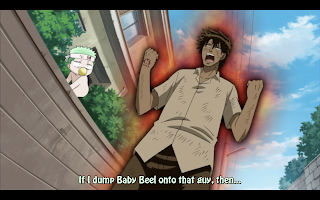 Turns out everyone is phenomenally stupid, as some of them even cheat off others while for signing their name.  A rival school invades, and Oga goes off to fight them so the others can take the test.  Through some plot convenience his energy or something or other fuses with Beel’s, so all the guys he beats up count towards Beel’s test.  Well, I’m sure this will come up again at some future junction in the anime. 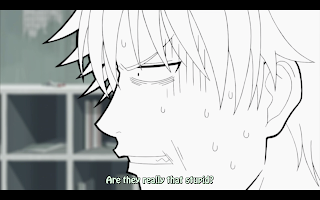 Turns out that Furuichi is the smartest guy in school.  I’ve always been wondering about what he’s doing there.  If they’re all delinquents, how does he fit in?  Is this some kind of Cromartie High School thing? 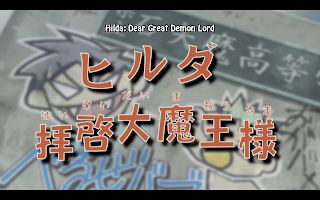 The second half of the episode is Hilda describing her life on earth, in a letter to the Great Demon Lord.  Nothing happens, but it has its funny moments.  As far as character development goes, I do not like this part.  It jumps from, “Humans are scum,” to “I will stay with this man a little longer,” with not logical reasoning behind her change in opinion.  Not only that, but her showing sentimentality towards Oga is not only out of character, but makes no sense from a character development standpoint.  If later events in the manga are to be trusted, and they usually are, she doesn’t actually like Oga.  The impression I get is that she tolerates him more than anything.  Yes that grows into a form of trust, but much further down the line, and it actually makes sense the way it happens in the manga. 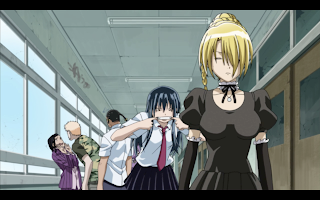 So, the second half is completely out of character, but good enough for a quick laugh.  Which is about what I can say overall for the filler.