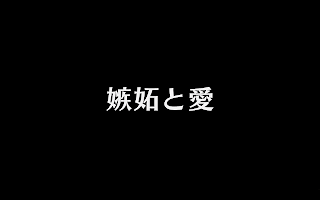 Fukuda reveals that he has some beef with how Jack runs things, and brings them up with the Editor Yujiro.  Who tells him to get serialized before talking about changing Jack. 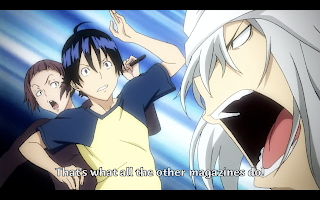 Nizuma tells Mashiro that he’s been drawing ever since he was a kid.  His family did not have any money for video games, so that’s how he spent all his free time, by drawing. 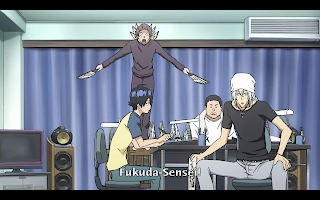 Mashiro remembers how he was always drawing before his uncle died, and remembers that he has a bunch of old notebooks filled with his old drawings and character ideas.  While looking through these old notebooks he decides he wants to do a mystery for their next manga. 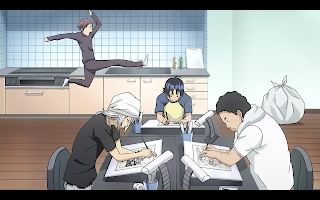 When he talks to Takagi next he finds out that Takagi has been helping Miyoshi write a cell phone novel for her to publish.  Don’t ask me what those are, I have no idea.  The name sounds pretty straightforward though.  Mashiro wonders if Takagi is even really trying to think of something for their manga. 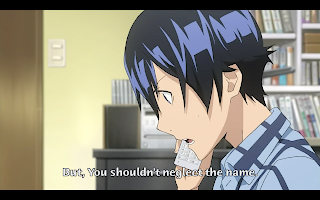 Mashiro notices the healthy development of Takagi and Miyoshi’s relationship, and wonders why Azuki is so okay with not seeing him. He emails her, and after a while to think of an answer Azuki writes him saying that she believes their love will be greater if they keep their promise. 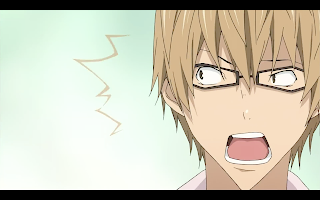 Spurred on by this Mashiro decides that he will create a manga for her, at any cost.  Even if it means doing it by himself. 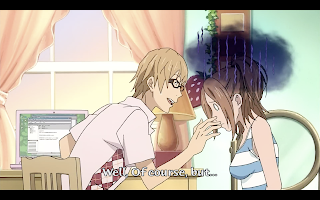 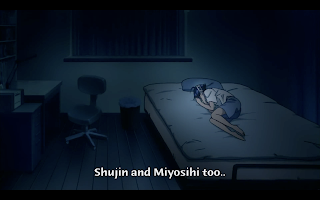 That being said I am so glad that Bakuman has finally started really expanding its cast.  Last episode was incredibly satisfying that I finally got to see the side characters that really make this series all the more fun.  It’s just a shame that it took so long to finally get to them.  I will say this for the manga though, the pacing with how new elements are introduced is pretty well done.  The mangaka exhaust a certain approach and right before it gets too boring they add something new to spice things up. 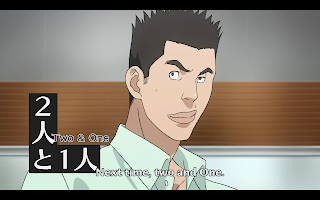