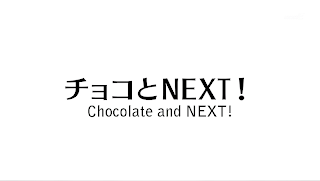 Nizuma’s editor, Yujiro, visits Nizuma’s new apartment to see how he’s doing.  He finds Nizuma blasting music on his new stereo system, and tells him to turn it down, or he’s going to bug the neighbors.  He comes to pick up the manga he’s working on, and realizes that it wasn’t what they had been discussing.  Still, he takes it rather than arguing, and asks Nizuma if he can get a one shot done for the beginning of next year, for NEXT! 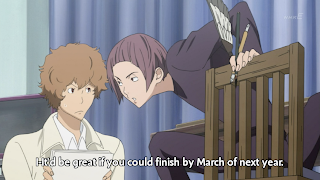 Takagi and Mashiro work on their manga, developing the concept of how selling ideas would work.  Now that everyone knows they are working on a manga together, the two of them don’t bother hiding it, and openly work on it in school together, attracting the attention of several of their classmates. 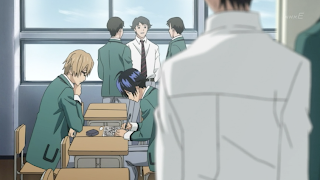 Takagi and Miyoshi go on a date to look at Christmas lights.  The date itself is, of course, mostly shown as a montage, featuring a Jingle Bells remix.  I think this is the closest I’ve ever seen an anime getting to a Christmas special.  The two of them talk about Azuki and Mashiro, and about how much those two love each other.  Personally I think the romance between Azuki and Mashiro really isn’t all that well developed, if they have to rely on two other characters telling us how in love they are.  But since I’m not really into this for the romance, it’s no biggie.  Granted the romance does take up a lot of space, so eventually this might get annoying. 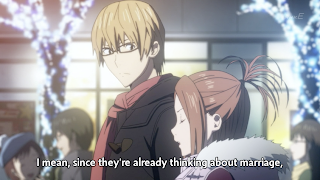 There’s another montage, of the two of them working, surprise surprise, on their manga.  This time Takagi makes study cards for Mashiro, while the latter works on getting the drawings done.  They finish the name, just in time to go take high school entrance exams. 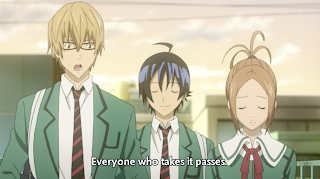 The exams pass with little mention, as they go talk with Hattori again, who suggests that they incorporate the ranking system from their last manga.  When they go to look at their exam finals, to see if they made it into the same high school, Miyoshi is the only one who makes a big deal of it.  She breaks out into tears, and Takagi tries to escape, but Mashiro tells him to take care of his girlfriend. 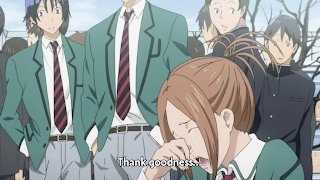 Once they’re back with Hattori he gives them the “Ok!” on the name and submits it for approval, telling them that they’ll get the results in two weeks.  They take waiting for the results of their manga a lot more serious than the high school entrance exam results.  This is a fun little contrast that shows exactly how little school matters to them compared to getting their manga published. 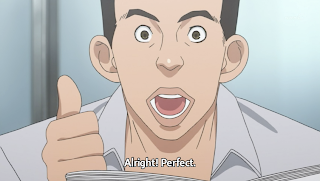 Miyoshi comes over with a Valentines Day gift from her to Takagi, and one for Mashiro from Azuki.  They get the results, that they will be published in the next issue of NEXT!  However, Hattori tells them that the editors are publishing them in order to make Nizuma look better, and because of this they need to beat Nizuma. 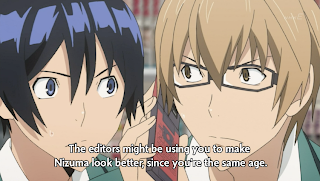 Since this episode has a sort of conclusion, as far as for this series, I think it is overall a much more satisfying episode.  As such I think it deserves a: 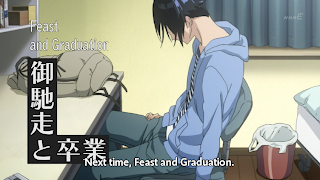