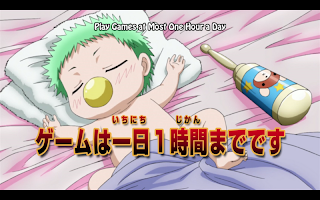 Plot Summary
Furuichi’s group go to Himekawa’s home, to start searching for En in online games. When they arrive they find the place is a giant skyscraper building, with several rooms dedicated to gaming. Most of the group have never played games, except for Chiaki, who immediately proceeds to find En in an online fighting game. Furuichi tries to get him to tell them where he is, and when he finally answers he tells them they have to beat him in a game before he tells them. 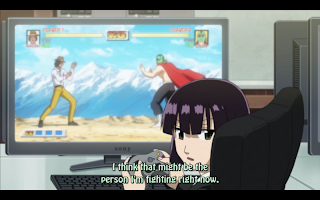 Oga tries to escape from Saotome, but is unable to throw his teacher off, even after showing off his new rock splitting abilities. It isn’t until later in the episode that Beel takes matters into his own hands and decides to let Saotome train him. 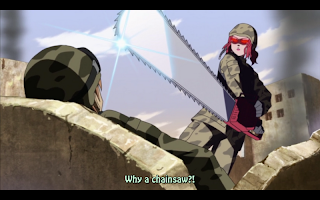 With Saotome training Oga, the group’s first teacher substitues for them, but everyone is away doing their own thing, except for the girl with the face mask, who for some reason got left behind. 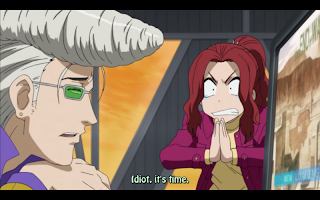 The rest of the class head to Himekawa’s where they get ready to play End of War 4, a first person shooter. After taking forever to make usable avatars, they end up wasting all their practice time, and have to jump into the game blind. Despite most of them not knowing how to play. 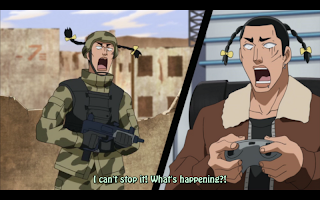 Both Nene and Shiroyama run into glitches that make their characters spin in circles. Nene triest to get control, but instead ends up attacking Yuka’s character. They manage to get some team work together, but En’s team have the upper hand. Nene and Chiaki try to go after a tank, but the obvious trap is sprung and they are cornered by Yolda. Nene dives in front of Chiaki to protect her from the enemy players’ fire. En taunts Furuichi by saying that he would be so happy to win that he just might cry. 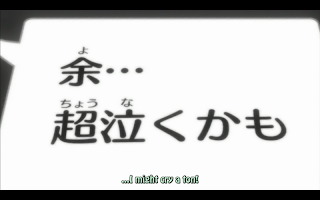 My Opinion
I try to not to compare the anime I watch to the original manga too often in these reviews. But since I’m much more of a manga fan than an anime fan, sometimes that isn’t possible. So bear with me for just a moment here. 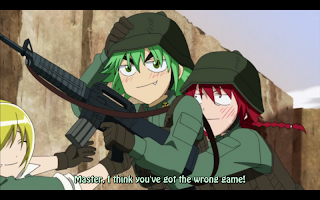 This arc was one of my favorites in the manga. It’s so unusual to see a battle scene involving a video game, and its completely ridiculous to boot. The adaptation to anime has worked well, something that I didn’t think would happen when the anime first started (I didn’t even think it would get to this point in the first place). The duality between how serious everyone is taking the game, along with the gags involving the characters who don’t know how to play made for an enchanting read, and makes for a hilarious viewing experience. I feel like I can say that Beelzebub really has come into its own. 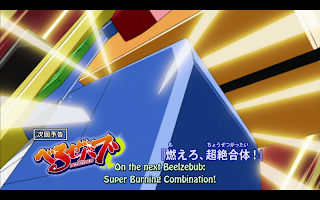