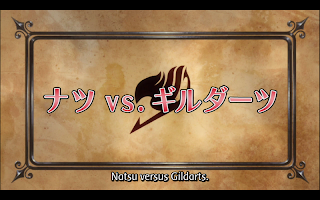 Introduction
Fairy Tail has a good habit of breaking up the action properly. While the majority of the episode focuses on Natsu, enough material with the other characters is covered to keep the episode from feeling monotonous.

Plot Summary
Natsu finds himself facing off against Gildartz. Before the actual battle starts, the episode moves into a flashback showing a younger Natsu challenging Gildartz to several fights. All of which he loses. 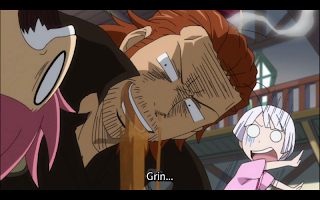 Lisanna and Juvia try to fight Erza, and while they manage to put up a spirited fight, they are no match for the power of an S-Class mage. Erza equips armor specifically to counter Juvia’s water magic and proceeds to thrash the two girls. 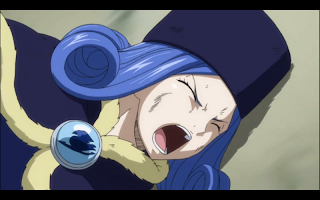 Elfman and Evergreen have less luck with Mirajane, who, despite here sweet nature, is a match for Erza in battle. 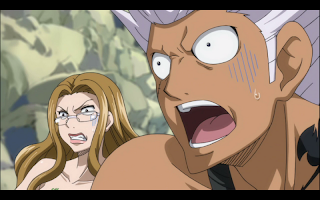 Natsu’s battle against Gildartz does not go well, as despite all Natsu’s attacks Gildartz puts little effort into defending himself. For most of the battle Gildartz treats Natsu like a little child, easily deflecting his attacks. 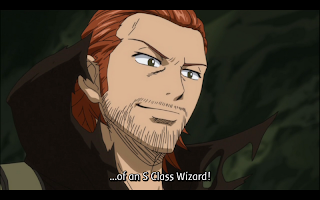 One of Gildartz’s spells accidentally hits Natsu at full power, splitting him into hundreds of mini-versions of himself. Natsu manages to take advantage of this and harass Gildartz to the point where he undoes the spell on Natsu. 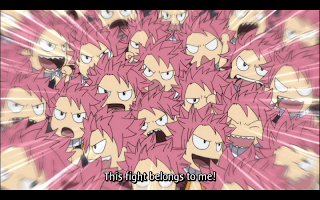 Natsu manages to get one hit in, and move Gildartz from his original position. But it isn’t enough, and Gildartz shows off his full power, managing to do what no opponent has ever done before: scare Natsu. 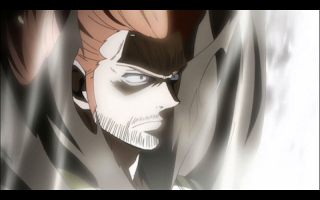 Gildartz tells Natsu that having power isn’t enough, you have to know weakness and fear. Despite being unable to beat him, Gildartz decides to let Natsu pass. 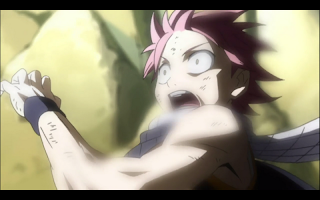 My Opinion
While the flashback felt like a waste of time, any complaints I have about it are negated by the fact that Fairy Tail doesn’t make puke worthy filler. Sure a few minutes were wasted, but in the long run it doesn’t harm the series. The entire series is well paced, something that too few shonen anime seem capable of doing. 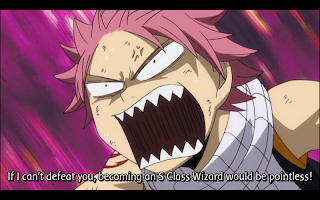 It’s good to see Natsu show some different emotion than the usual. Seeing him afraid of Gildartz is pretty unusual, and makes for an interesting episode. The climax of the fight salvages what is yet another fight. Seeing Natsu’s viewpoint challenged by a character he has no chance of beating is a breath of fresh air. 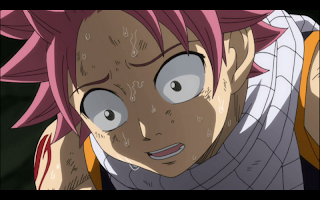 This arc is shaping up to be pretty good. While I believe we can expect a lot of fights, I’m interested to see where the rest of the arc goes. 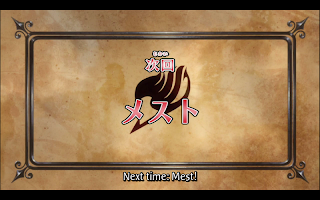