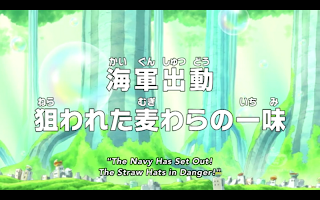 Introduction
The reunions continue, as more of the Straw Hats find their way together. Even Chopper finally stops being an idiot and gets a clue. Can you tell he annoyed me in this episode? Don’t get me wrong, I love all the characters, but this joke is getting murdered here. Plot Summary
Robin meets Franky at the ship, and immediately a light shines where there was darkness. Franky’s antics, something Robin clearly is not used to after two years separation, are as wonderful as ever. They exposit a little about Brook’s career in show business, as well as the coating of the ship.

Chopper meets with the rest of the fake Straw Hats, and continues to be oblivious. Even when Fake Luffy abandons Fake Robin to her fate, Chopper never once considers that maybe something isn’t quite right. Sure he runs away in tears, but he still thinks the fakes are his crew members. 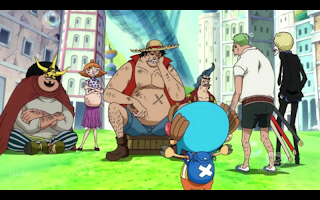 The marines call in reinforcements, which includes Sentomaru and two of the Pacifista. Luffy considers putting on “it”, though I wonder why he is bothering to be ambiguous about “it”, we already know what “it” is. 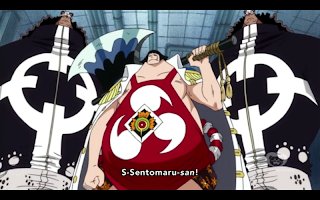 Nami and Usopp go shopping, while Zoro and Sanji continue more of their usual bickering. Chopper finally meets Usopp and Nami, and gets the whole confusion about the fake Straw Hats cleared up. 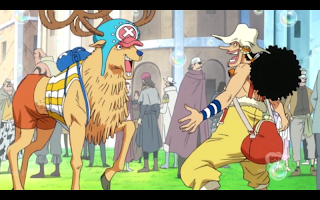 Fake Zoro and Fake Sanji, looking for Chopper, find Luffy. Who, in a most original, and well thought out gag, confuses them for his actual crew mates. After some more arguing between Sanji and Zoro, featuring a particularly choice gag, the episode ends with a gathering of all the pirates the fake Straw Hats assembled. 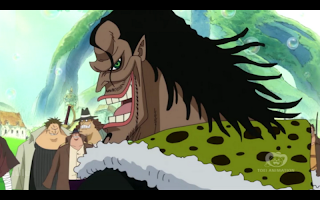 My Opinion
I love Franky. He was easily the best part of this episode. His scene with Robin was just great. I don’t care about shipping, but the scene between those two was just great. It’s the ultimate tsukkomi and boke combo. Franky is just so over the top that Robin’s lack of reaction says all that needs to be said. 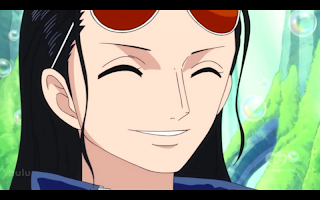 Apparently stupidity really is contagious, because that is the only reason I can think of for so many people falling for the fake Straw Hats. Sure Luffy, Chopper, and Usopp aren’t the smartest out there, but the Government Agents who kidnapped the wrong Robin? This gag is getting tired. Very, very tired. 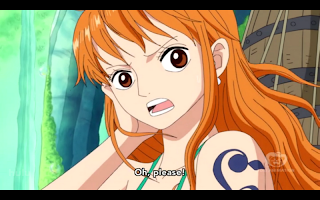 The episode itself was fine, there were enough entertaining segments to counter the frustrating, overused gag sections. I can only pray this does not continue on for much longer. 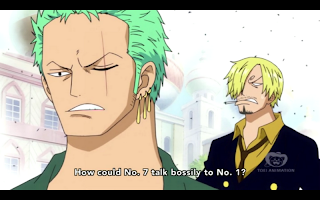