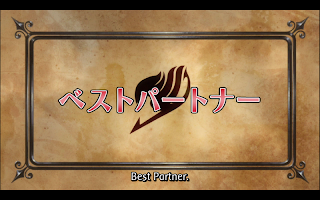 Introduction
With the beginning of a new arc come dire foreshadowings. Sideline characters get more focus, and best of all, new music! The start of a new arc is always one of the best parts of a lot of anime. The same is true of Fairy Tail. 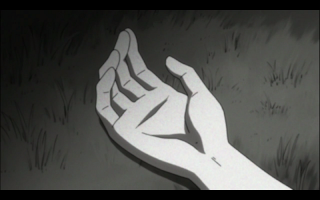 Plot Summary
Lucy finds Cana taking a bath in her bathroom. The two of them talk for a little while, when Cana reveals that she is thinking of leaving the guild. 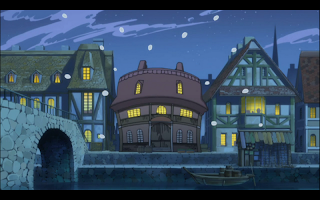 No. No sexy screenshots for you. Perverts.

Lucy later tells Mira about what Cana said. Mira says it’s normal for this time of year. Lucy gets her second hint that something odd is happening when she sees many of her guild mates working at a frantic pace. When Natsu and Happy leave on another job, they tell her that they’re working on their own for now. 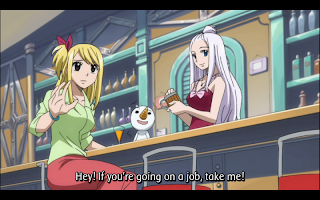 Charle shows off her ability to predict the future—which she can now control after having learned about it—to Wendy and Lisanna. Lisanna asks if Charle can predict who she will marry, but Charle says she can’t see that far into the future. 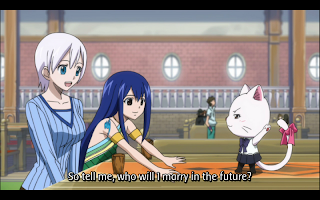 Instead Charle predicts that Wakaba and Macao will start talking about old times. Which they do. Immediately followed by some more…unsavory topics. 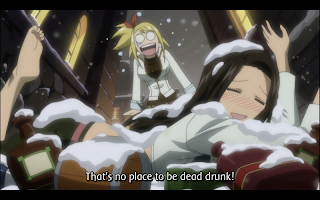 Erza and Lily spar, with Lily back in his old form. Lily transforms back into his chibi form, revealing that he can only stay in his grown form for a few minutes. 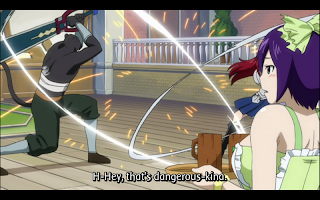 Makarov announces the new S-Class exams, which were the reason for everyone working like mad. Makarov announces that Natsu, Gray, Juvia, Elfman, Cana, Fried, and Mest will be participating in the exam. They will chose partners to help them, while the current S-Class wizards will be obstacles they have to overcome. 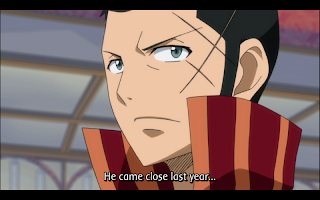 The characters start choosing their partners, with Natsu immediately teaming up with Happy. While Natsu goes off to train, the rest of the cast choose their partners. Juvia wants to drop out because she wanted to be Gray’s partner. But Gray already partnered with Loke. Lisanna decides to partner with Juvia, prompting Juvia to wonder if she is after Gray as well. Elfman partners with Evergreen, who is pissed that Fried teamed with Bixlow. 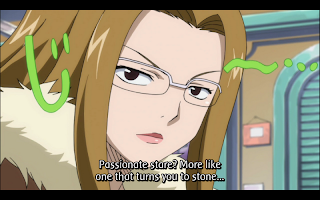 Lucy finds Cana buried by snow in an alley, and takes her home. Cana explains that she’s failed to pass the exam several times, and that if she can’t become S-Class she will leave the guild. Because she needs to be S-Class to meet a certain person. Cana explains her reasoning to Lucy, but the dialogue cuts out and is replaced by a very fitting new piece of music. The explanation leaves Lucy in tears, and declaring that she will be Cana’s partner. 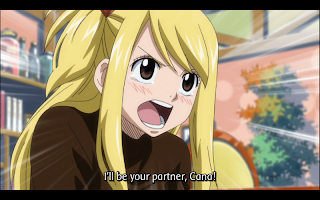 Several days later the participants and their partners gather at the docks, to take a boat to Tenrou Island—Fairy Tail’s holy land. 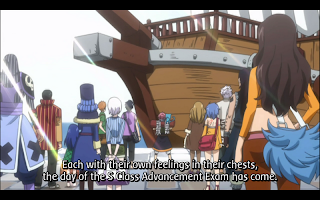 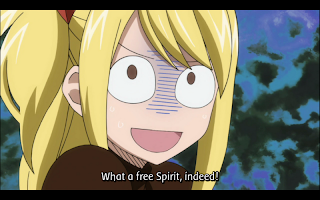 Strangely enough the opening scene was actually toned down from the manga. I remember when Mashima felt bad for drawing fanservice of one of his characters in Rave. What on earth happened? I wouldn’t mind it so much if I didn’t have non-anime fans that see the fanservice I’ve grown desensitized to, and immediately think I’m some some kind of degenerate. 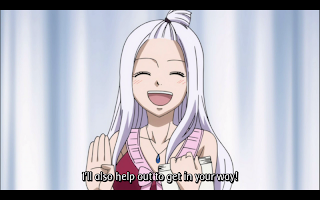 They’re usually right, but that’s entirely beside the point! 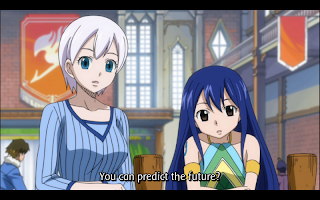 The fanservice aside, I really liked this episode. The next arc sets up a tournament style story, a staple of shonen manga and anime that Mashima has played around with before. He played around with Charle’s abilities, while at the same providing some tasty, tasty foreshadowing. I know for a fact that when I first read this in the manga I was pumped for this arc. 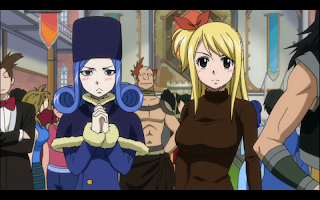 More importantly, there was plenty of entertaining character interaction. Fairy Tail survives off its characters. Stories rank from so-so to good, but personally I wouldn’t give it the time of day if I didn’t like the characters. And the humor. Humor is very important to me. If a manga makes me laugh, I’m willing to forgive a lot. 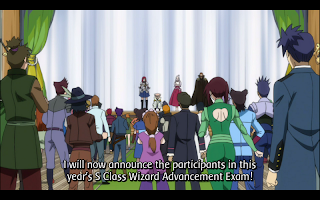 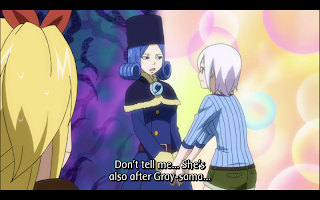 A good start to a new arc, while a good standalone episode as well. Things are still looking good for Fairy Tail. Especially considering we get some new music! Each arc has its own new themes, and I can’t wait to find more songs in the next few episodes. It’s easily the best part of any new arc. 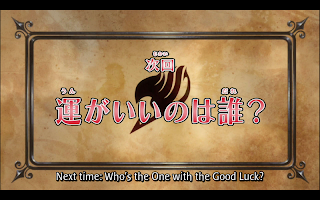