I only just recently found out on twitter that the cast for Funimation’s dub of Fairy Tail has been decided.  You can find the full press release here.  Or here, if you like your information with pictures.    This is what I’ve been waiting for, ever since I released my cast predictions back in April.  So let’s take a moment and see which casting choices I got right, and which I–heaven forbid–got wrong.  Also, if you like being surprised, I recommend reading my article first before checking out the actual announcements.  It’d be more fun for you to go into my list not knowing who has actually been cast. 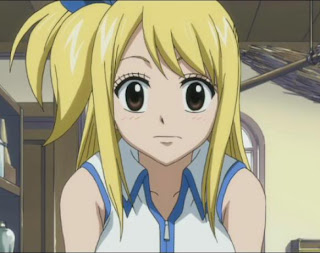 Lucy
Seiyu – Aya Hirano
My Prediction – Cherami Leigh
Actual VA – Cherami Leigh
Well, aren’t we off to a good start?  There’s nothing more satisfying than making a prediction and then being proven right.  It makes me look so much smarter, and then people will read my reviews and other posts, and I will become internet famous!
Besides that, I have to admit that while I am satisfied that I made the right prediction, a part of me can’t help but say, “Well of course she got cast, she’s only just right for the role.”  But that part of me is a smart ass and will be ignored by the rest of me which is busy congratulating itself. 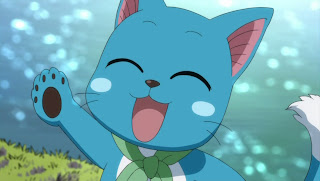 You can’t win ’em all.  But I still stand by my original decision, even if it was the obvious choice.  Tia is a relative newcomer–not to say she isn’t experienced, she’s been in quite a few dubs–when compared to VAs whose credit lists on wikipedia (where would my articles be without you?) just keep on going.  Tia’s been in only two shows that I’ve actually watched, Fullmetal Alchemist: Brotherhood, where she played Shao Mei, and Sgt. Frog, where she played Melody Honey.  Both characters are small and “kawaii,” so methinks there is enough overlap between those characters and Happy.  That and Tia was able to pull off differentiated voices, so I have no fear she can pull off Happy’s voice. 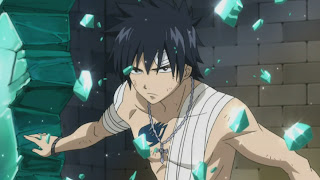 As the only person to comment on my first post mentioned, Chris Patton has sort of retired from anime.  So really there’s no surprise I got my guess wrong.  And if Tia is a newcomer, then Newton is, well, he’s the kid who does funny voices in front of the mirror… What I’m trying to say is that he hasn’t been in very many shows, not that he’s no good.  He hasn’t been in any series that I’ve ever seen, so I can’t comment on his skills.  But since this is Funimation we’re talking about, and so far I haven’t seen their directors cast the wrong actor for the wrong role, I’m going to assume that Newton is just the right, generic male voice.  Again, not trying to be mean, but Gray’s seiyu has a generic male voice, so he needs a generic male, english voice. 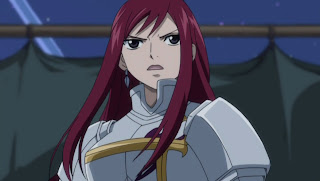 HA! Two for four!  I’m calling that a successful prediction.  Again, part of me is saying, “Well, who else would they cast?”  “Shut up,” says the rest of me.  I must say, I feel incredibly vindicated to have gotten the two leading ladies right.  Wonder what that says about me?  That I’m better at differentiating between women voices?  That I just like to listen to women speaking more than I do men?  (Noteworthy exceptions include Keith David, Sean Connery, Christopher Lee, and Stephen Fry)  Whatever the reason, I got two out of my four predictions right.  That means I’m smart!  And industry savvy! 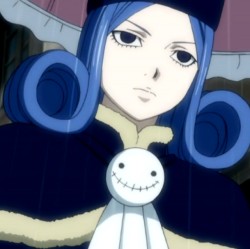 The reason I say two out of four, when I actually predicted five, is because Juvia remains voiceless for now.  To be honest I’m not too confident in my choice anymore, and might change my prediction.  Probably not though.
Other than that, three other cast members were announced.  R. Bruce Elliot will be playing Master Makarov, and might I just say that I fully support that decision.  He’s the narrator in Sgt. Frog, Hayato Furinji in Kenichi: The Mightiest Disciple, and Whitebeard in One Piece.  I’m thinking he can do the, bad-ass old man pretty well.
Monica Rial will be playing Mirajane, meaning my prediction was wrong, she’s starred as Nyamo in Azumanga Daioh, Bulma in Dragonball Z Kai, May Chang in Fullmetal Alchemist: Brotherhood, Madoka in Ghost Hunt, Tashigi in One Piece, Renge in Ouran High School Host Club, and Momoka from Sgt. Frog.  What I guess I’m trying to say is that I’ve seen a lot of shows she’s been in.  That and Mirajane is my unadmitted cartoon crush, so they damn well better get her right.
Christopher Sabat will be voicing Elfman, which means I not only predicted it wrong, but now my prediction for Gajeel is out the window.  I’m of two minds about this choice, on the one hand he’s the perfect “deep voiced badass” voice actor, on the other hand I think I’m getting a little bit of Sabat-weariness since he voices every deep voiced badass out there.  Not to say he isn’t good, because he is, and that’s why he’s getting all the roles, but I do wish there were a bigger pool of really popular deep voiced actors to chose from.  Someone like Patrick Seitz would work, you know, like I originally predicted.  Then again, I guess Chris is the “Prince of all deep voiced badasses.”  He’ll probably voice both Elfman and Gajeel, because apparently no one else is up to the task.
PS: Please don’t hurt me Christopher Sabat, I loved you in One Piece and Kenichi: The Mightiest Disciple.  And in Fullmetal Alchemist (both series), oh, and in Ouran High School Host Club, and Sgt. Frog, and Black Blood Brothers.  Actually, I think I’m a pretty big fan.  Sorry for doubting you!!!