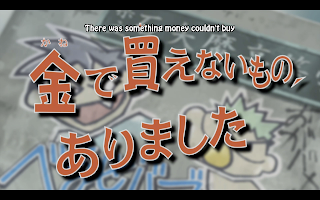 I’ve decided that I’ve been looking at the filler for this show the wrong way.  Instead of comparing it to the obviously superior manga, I’m going to be looking at any anime original material by its own merits.  Hopefully this will allow me to judge the anime filler with a more fair eye. 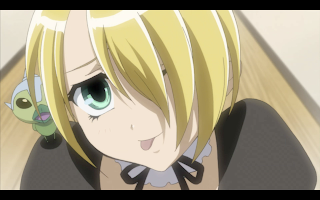 Not a big fan of the new art direction though.

That being said, the past filler is still awful. 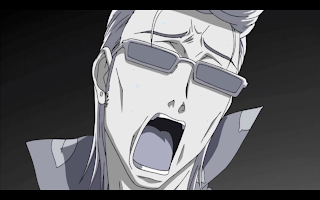 The episode is simple, and doesn’t really require much in depth analysis or summary.  For the sake of enriching your viewing experience, and to make my job easier. 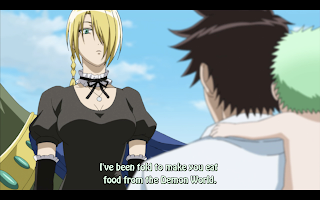 The opening is new, which is a shame, because I liked the crazy energy in the first one.  Not to mention, it’s way too early for a new opening.  I guess that’s the aftermath of switching the episodes around after the earthquake. 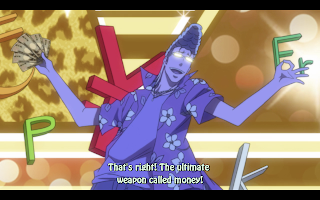 Himekawa, the guy with the pompadour, thinks up a bunch of elaborate schemes to get back at Oga, all of them involving excessive use of his money.  For all his troubles he gets dumped on an island by Allaindelon (who is still doing his obviously gay shtick rather than the implied gay shtick…no, not going to compare!). 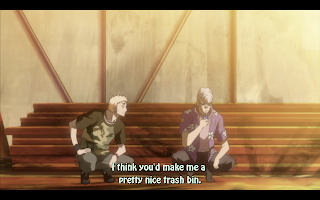 It takes all of Himekawa’s money to make his way back home, so he’s left without any of his hired muscle.  He tries all his previous plans, this time on his own.  Not sure why he thought it would work any better on his own.  In the end he gets in a fight with another gang that was trying to take Oga out before he could.  He’s knocked unconscious after taking most of them out, and wakes up to find Kanzaki (the one with the yogurt) offering him some of his yogurt (see?). 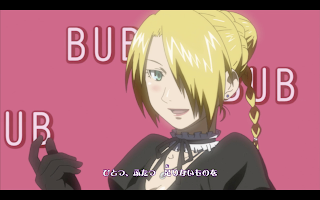 And there’s a new ending, which is…just weird.  The art style changes and it has Hilda acting way too peppy.  I’m am frightened and confused. 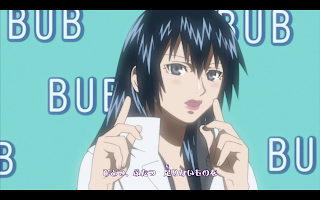 Since this is a comedy series, a lot of analysis (such as whether characters behave logically) gets tossed out of the window.  Instead the question “was this funny?” remains.  And yes, it was.  There was a great reaction or two out of Hilda, and overall I was entertained.  Of course it wasn’t as great as the canon episodes (bad me!), but it wasn’t as terrible or as boring as previous filler episodes. 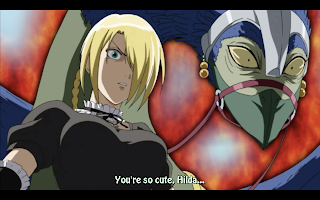 Given the use of filler in the series it looks like the production team are taking advantage of the series’ episodic nature, and are getting as much filler in as possible early on.  As long as the filler is well written, this won’t be a problem.  And since it suggests they’re in it for the long haul, I can’t really complain.  Unless they air more bad filler that gets the show canceled. 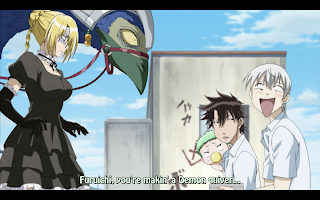 As long as the major plot lines are touched upon often enough, I could see this series doing well despite deviating from the original material. 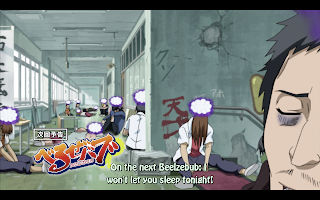