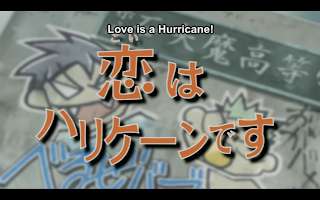 Furuichi is absolutely furious at Oga, not only does he have Hilda living under the same roof as him, but now he’s making the move on Kunieda.  Oga of course calls bull on Furuichi’s evaluation of the situation, and explains that his plan is to push Beel off on to Kunieda. 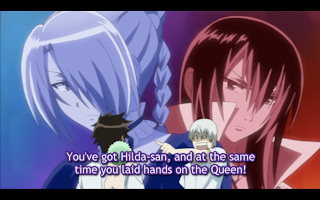 Nene confronts Aoi about her reaction to Oga, and reminds her of their vow never to have a relationship with a guy while they are members of the Red Tails gang.  Aoi denies that she feels anything for Oga, but her actions speak louder than her words. 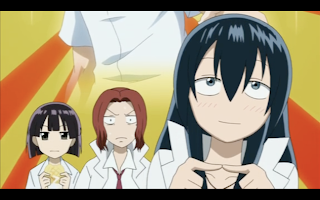 Oga tells Hilda, who brought Beel’s milk to school, about Kunieda.  Hilda says that if Kunieda is strong enough then she would be a valid candidate to be Beel’s parent.  They are attacked by another gang from the school, the MK-5.  Also known as the Mood Killer Five.  They are instantly taken out by Hilda and Oga. 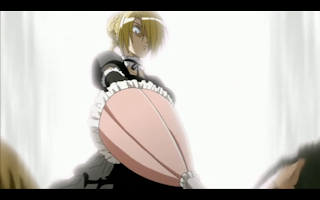 Aoi, who was passing by a class room of guys watching the fight, looks down and sees Oga and Hilda together.  She asks who Hilda is, and finds out that she’s his wife.  Aoi of course believes this, and thinks that Oga was just playing around with her.  Naturally she is quite pissed. 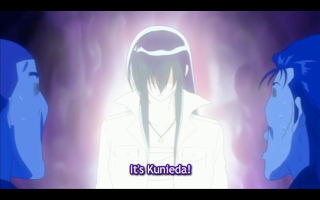 Nene and Chiaki go to confront Oga, while Aoi is accosted by Hilda, who challenges her to a fight.  The fight between Aoi and Hilda is short, but pretty fun to watch anyway.  Two of the Red Tails girls come and tell Aoi that Nene and Chiaki were beaten up.  When Aoi gets to the nurse’s office (which is in much better condition than it was in episode six…I knew those idiots didn’t read further in the manga), one of the girls tells her that Nene went to talk to Oga, and that it was him who roughed her and Chiaki up. 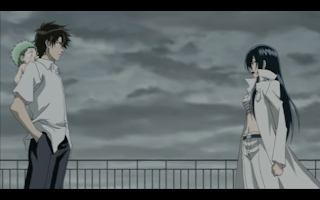 Aoi goes and faces off with Oga on the roof of the school.  Oga of course has no idea what is going on, and nothing he says makes the situation any better. 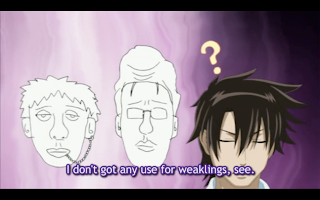 While Aoi attacks Oga, Nene wakes up and runs to tell Aoi that it wasn’t Oga who beat her up, but MK-5 that did.  Before she can get to the roof she is stopped by four of MK-5, who surround her before she can get away. 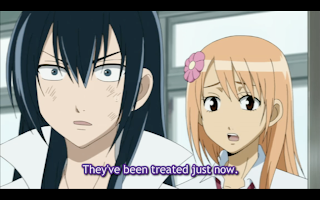 Turns out it was all a plan by a certain individual with certain…tendencies named Miwa, who set it all up so that Aoi would wear herself out fighting the one she loves. 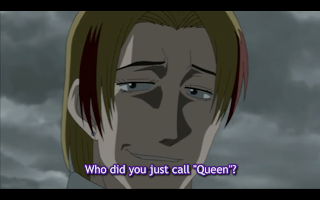 Nene is saved by Natsume, one of Kanzaki’s underlings who only seems interested in watching fights.  He beats up MK-5 because he thinks they’re no fun.  Nene makes it to the roof and tells Aoi that it was all a trap by Miwa.  With Oga beaten down Miwa makes his appearance and starts his grand villain monologue.  Which is promptly interrupted by Oga, who is furious that he took all those blows for nothing. 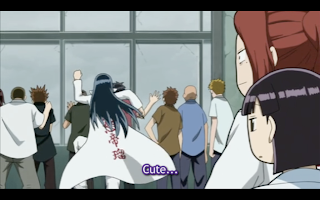 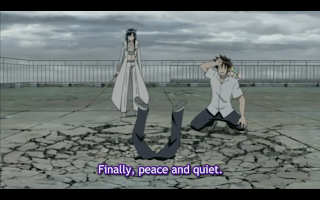 Also, is it just me, or is that face Beel is making the creepiest thing ever? 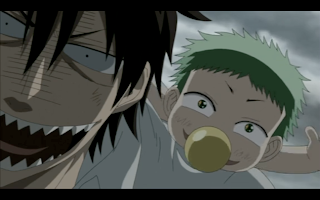 Aoi starts to apologize to Oga, who then offers her Beel.  When Aoi asks him what he is doing, he asks her to confirm that the deal was that she’d take Beel if Oga let her beat him up.  Aoi of course has no idea what he’s talking about, and asks him if Beel isn’t his.  Oga tells her that he’s being forced to raise him by a demon.  Which Aoi interprets to mean “Demon-like Woman.” 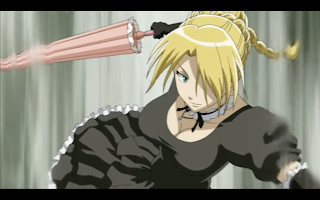 Still waiting on that date…call me.  Please?

Thus all the Shakespearean misunderstandings are unraveled, and everything is back to normal.  Except that Aoi has stepped down from leading the Red Tails as penance for her actions. 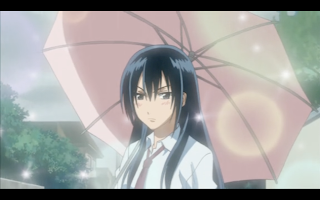 Ah, this was a great episode.  There were no pacing problems, and a lot happened.  The perfect mix for a satisfying episode.  Here’s hoping that we have more of these, but I can’t help but worry that this shall not be, as the next episode looks like it’s filler.  And it’s filler that didn’t come from the manga.  Oh dear. 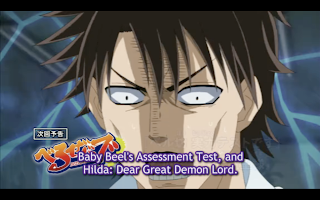