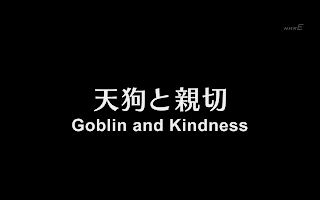 Finally!  These are the characters that I’ve been waiting for!  Yes, I know that the only way that I could know about them is if I’ve been reading the manga online.  Well I would like to direct the attention of anyone that has a problem with that to the three volumes of Bakuman manga on my shelves.  Neither Viz, nor Shueisha, nor the original creators have lost any money on me.  They have all the money I am capable of giving them.  So I would like to tell all those who take issue with my online reading to respectfully go suck it. 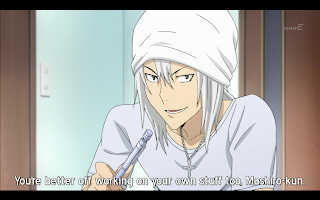 Anyway, Mashiro goes to work as an assistant for Nizuma, where he meets the two other assistants I’ve been waiting for to finally show up in the anime.  Shinta Fukuda, and Takuro Nakai.  Mostly Fukuda though, Nakai can go eff himself. 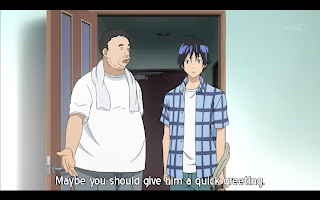 Nakai once won an award ten years ago, but has been working as an assistant ever since then, with out trying to get published.  Fukuda on the other hand is just as intense about getting published as Mashiro and Takagi, with a little bit of insane added in there.  Or maybe intense is the right word?  Nah, I got it right the first time. 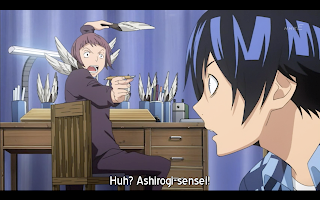 Mashiro reveals that he is trying to learn everything he can from Nizuma, so he can take it back and help himself and Takagi.  While going over the manuscript Fukuda realizes that Crow won’t last long unless Nizuma puts in the effort to make it more interesting. 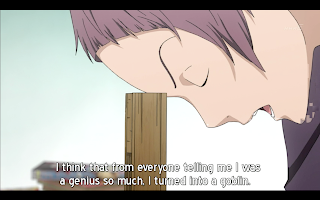 Fukuda gives Nizuma a talking to about the importance of drawing names, and meeting with his editor, while at the same time showing where he needs to make some changes on the manga.  I think this is great because not only does it show Fukuda as a competent manga-ka, it also shows that Nizuma’s “genius” does not trump earned knowledge.  While Nizuma is a fast worker, has a great work ethic and natural sense for manga, he is not a complete genius.  He has a lack of life experience and hence does not quite know how to make his manga as interesting as it can be.  Without this scene I could have dismissed Nizuma as a stereotypical anime genius, but seeing that he isn’t quite as good as people think he is is a great way to flesh him out as a character.  He even admits at the end of the episode that he thinks all the people telling him he was a genius gave him a big head. 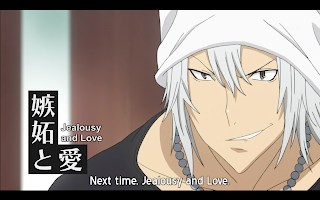