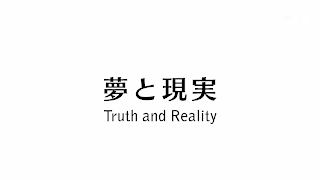 It would seem somewhat stupid for me to recap the events of this episode, when they’re exactly the same as the first chapter of the manga. Which I already recapped. So instead I’m going to focus on my general impressions of this as an adaptation of the manga. 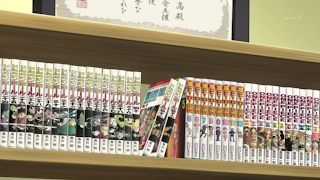 I approve of his taste.

The anime begins with a fake opening, that is actually the opening to Mashiro’s uncle’s anime. It’s not too long, a minute at most, and is actually pretty fun, with a catchy tune. After that it switches to his Uncle visiting Mashiro, and then we go on to the opening theme. 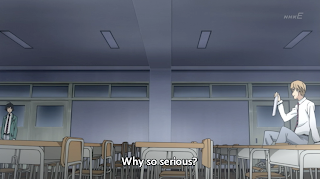 I kind of like it, it’s basically an eighties love ballad, in Japanese, sung by I think two singers who definitely wouldn’t have sounded out of place back then. Not my favorite theme song out there, especially when considering the excellent theme songs my favorite action adventure series have, but it fits the show. 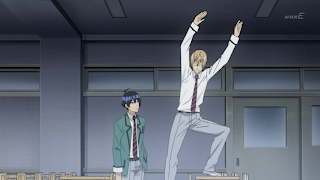 Both Mashiro and Takagi’s voice actors are well cast. I won’t say that they’re exactly what I expected the characters to sound like, since I’d never thought about it before. But they don’t sound out of place, and play off each other fairly well. This won’t be too bad I think. 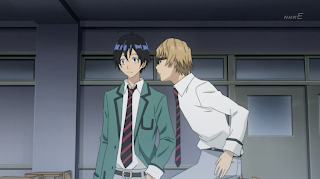 I need an adult! I think…

They did add in the Uncle’s funeral, so we were able to see it, rather than just talk about it. Not a bad little scene, it expands on what was implied in the manga quite well, and tugs at the heart string a more than a little. 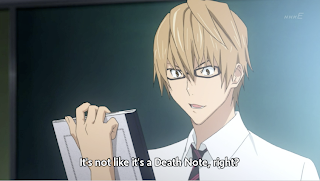 Expect a lot of self references.

When Mashiro and Takagi go to visit Azuki I noticed that they omit a panel from the manga where we see Azuki right before she comes out. So far I’m noticing that the anime is keeping a much more consistent point of view versus the manga, but I’ll get into that a little more next episode. 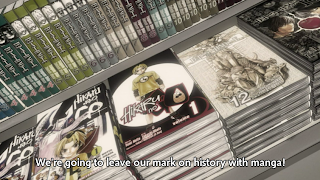 Overall, not a bad adaptation. It improves where improvement was required, tightens up the story quite a bit, while expanding where necessary. Can’t say I’m too impressed by the musical score, but I wasn’t expecting to be. In a series like Fairy Tail music is the lifeblood of action scenes, in a slice of life show like Bakuman it’s role is much more subtle, and as such doesn’t really attract my attention much. But since it’s still the first episode, I’ll withhold judgement on the music until I’ve actually had a chance to hear all of it. 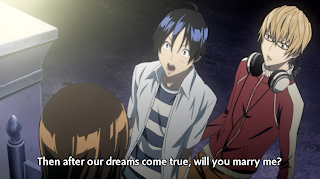 Definitely worth a watch, though if I didn’t already read the manga I don’t know how likely I would be to watch the anime. As opposed to my taste in manga, where more dialogue is good, I’m a bigger fan of fast moving action series when it comes to anime. But, since I like the manga, and feel the need to expand beyond shows like One Piece and Fairy Tail I’ll keep on watching. 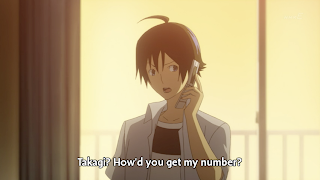 “How to Win Friends and Influence People – By Takagi”
“Step 1: Stalk them.”

I will give them this though, the anime has got some pretty hilarious imagery. 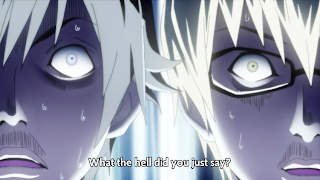 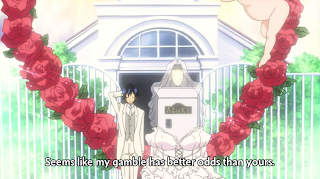 And thus I leave you. 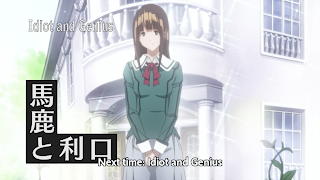