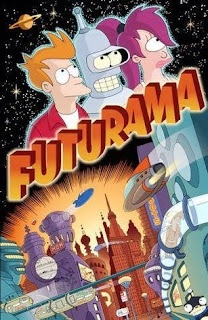 I’m a pretty big Futurama fan. I became incredibly bored with Family Guy – the first two seasons are good, irreverent, but incredibly funny – but after that it got worse and worse, until we reach the current seasons where really I can tell the production team have stopped caring. There is no narrative to speak of and the characters are even bigger flaming jerktards than they were to start out. At least early on there were some redeemable qualities, but I can honestly say that the cast of that show is the biggest collection of some of the worst characters ever. And maybe that’s what it thrives on. But where it drops the ball is emotional connection. It’s all laughs no heart, or soul depending on the episode (read: all of them).

The Simpsons, a contemporary to Family Guy, did right what Family Guy does wrong. Or at least they used to. They had good laughs, ultimately lovable characters, and some pretty clever stories. Unfortunately in the course of their long run the stories have since become as shallow as those of Family Guy.

Futurama on the other hand picks up the ball where its other two contemporaries dropped it. Not only is it outrageously funny, but it actually had characters and a story that I care about. The overarching story is one common to syndicated TV shows, where the connecting threads are the relationships between the characters. Because I actually care about the characters, no matter how outrageously stupid they can be, I am invested in their stories.

Which is why I was furious when I heard the series was canceled with season five. I enjoyed the movies, with the exception of the second one which seemed incredibly contradictory to the first movie. Since the strength of the series are the character arcs and relationships the fact that Beast with a Thousand Backs ignores what the first movie established annoyed me to no end. Then there was the simple fact that the whole story was stupid. Granted, the Fry subplot was a fun twist.

When I heard that the series was finally going to be renewed I was overjoyed and couldn’t wait for new episodes. I was a little wary of course, since the main plot of the series has always been the relationship between Fry and Leela and their slow shift towards friends and possibly more. The fourth movie gave that storyline closure, which to me was satisfying. My biggest fear was that the same thing would happen that happens in all TV series that rely on the main relationship for a continuous story. That they’d jump the shark and abolish the relationship in order to tap back into the sexual tension/relationship drama. 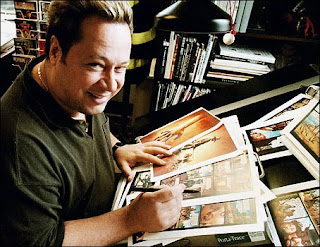 Of course my hope for the series was that this would not happen, but that instead we’d see a forward development of the main Fry/Leela relationship. I know that it seems like I’m putting too much emphasis on the relationship aspect of the show, when the main purpose is comedy. But that relationship forms the basis of the narrative thread. As such I have quite a bit invested in that storyline.

Well the first episode starts, oddly enough, with everyone dead. They get better of course, except for Leela, who remains in a coma despite having been resuscitated. In grief Fry builds a robot with purple wire for hair, and one eye. Conrad downloads her personality into the robot, who thinks she’s Leela, though that plot thread only lasts until Nibbler bites off her arm.

I wont spoil too much, but let’s just say that the rest of the plot is ridiculous plot twist after ridiculous plot twist that ends awesomely. Huh, apparently that’s an actual word. The strange thing is that I swear the production team expected people to be worried about the whole romantic closure form the movie thing, and played around with it, making it look like it wouldn’t work out for some reason or another several times. Well played Mr. Groening and Staff.

Overall? A satisfying new episode that promises more. Now on to episode two of the hour long premier.

How strange, they continue the “Will the shark be jumped?” line of thought with this episode where Leela and Zap crash land on a planet after trying to destroy a deathsphere that is heading to Earth. I’m wondering if this will continue for the rest of the series, as a different way of creating tension rather than breaking the main characters up and starting from scratch?

After a series of hilarious plot twists I have to say, this episode made me laugh more, even if the ending was a bit strange. Then again, I am watching Futurama.

Well, can’t wait for the next episode.