My legs still ache. I think they won’t stop aching for as long as I’m practicing karate. No worries though.

On a slightly more positive note, the instructor told me that the instructor on Saturday said I was making good progress/I did well. Good to hear. I like being told I’m doing something well.

This training session was focused completely on kicks. Practicing getting our knees up fast enough (equivalent of drawing one’s weapon) to be able to kick properly. We worked with pads, with the person holding the pad remaining stationary, and then moving forward. The guy I was holding the pad for at one point missed just a little bit… 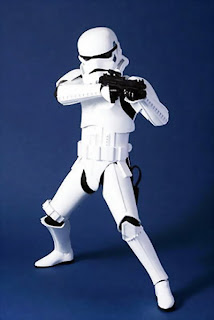 His foot grazed my elbow, and apparently his toenail nicked it, because after he looked back up from checking to see if his foot was alright (elbow>foot), he told me I was bleeding. I looked at it and saw that I was in fact bleeding. It didn’t hurt, so I decided to just ignore it and continue practice. It was around the time that I realized that I was dripping blood all over the floor. That’s when we decided to take a quick break so I could clean up my elbow, while he got some paper towels to clean up the floor.

Other than that, there wasn’t really much to say. I quite enjoyed this training session, since I was slowly getting the hang of kicks. I think it goes without saying that I really love martial arts, and hearing that I’m actually pretty good at it, is quite encouraging. Perhaps it’s because I’m older now, and stronger? I don’t know. But it’s still good to hear, and have something I’m good at. Also, I think that I’m enjoying the training more because I’m older. Before, even though I enjoyed karate, I didn’t like the training sessions. Now, I look forward to them.