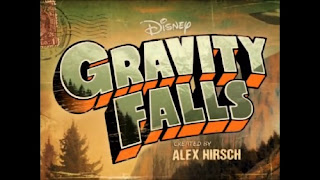 The Story
Grunkle Stan shows Dipper, Mabel, and Soos the Bottomless
Pit. While using it to throw away things they don’t need, they all fall into
the pit. So what do the four do to pass the time? 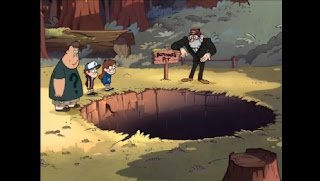 They tell stories. Each of the four has a story to tell
while in the pit. From a creepy voice story, to pinball, to winning the football
game, and teeth that make it impossible to lie, get ready to have a fun time. 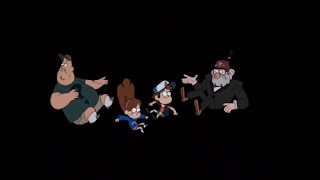 The Review
Out of the four (of which one was regrettably shorter the rest), I felt that Dipper’s was not that good. Seeing Old Man McGucket was good, and I love how the show had some
returning side characters, but Wendy really needs to do something already. 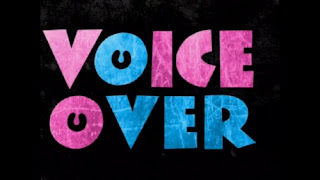 Dipper’s new voice was pretty funny. The end of that story
was the best. 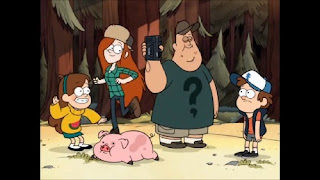 I was shocked to see Soos having a focus for once. While it
was not an entire episode focus, he had a focus and it was about pinball. Your eyes are not being fooled, that is exactly the title. 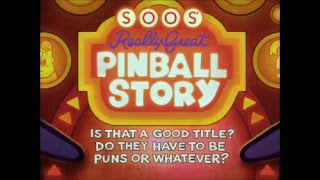 When I saw the end of the story and what it was, I tried to
fight back being upset. It was selfish why Soos’ could not do what he had to do
but when I thought about it on a deeper level, it made sense. We all have
personal accomplishments in life that we want to be proud of. Sometimes it is
just difficult to realize that some of these accomplishments are really minor
compared to the big things in life. All in all, it was a fun story. 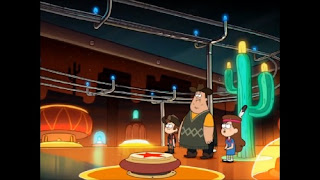 The third happened to be Stan’s and I had a laugh at it. At
the same time, I felt cheated out because it would have been a fun story to
listen to/watch. 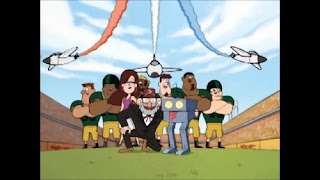 The last story is Mabel’s and what I liked about this was
that it also recounted something that actually happened in the show recently. I
love how the show does that. Granted Grunkle Stan acting different than usual
was funny. That and a bear drove a truck. 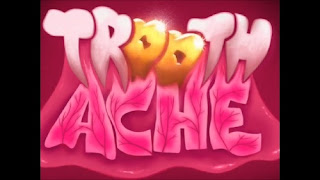 This episode got me thinking as to how Mabel is probably
more like Grunkle Stan than she thinks. The previous episode established that.
That is two episodes in a row where she behaves like Stan as a way of keeping
the normalcy of the Mystery Shack. 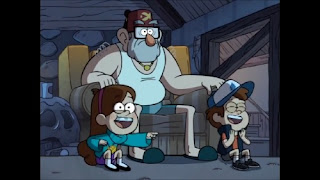