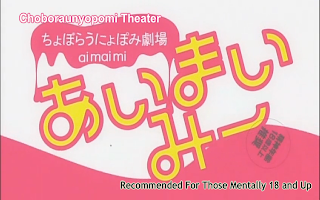 The Story
Three girls are in a manga club. They make poor attempts at being funny. Also they are poorly drawn.

The Review
Really? I manage to choose yet another show that’s only three minutes long? Well, at least I can’t complain about my intention to review at least the first episode of all the new shows being particularly hard. 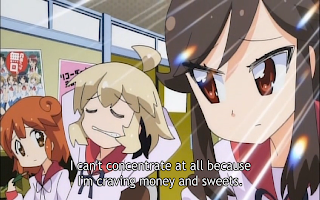 Seriously though, this one was awful. Just…don’t watch it. Ever. I know some humor is lost in translation, different cultures have different senses of comedy, etc. But this show is just awful. It doesn’t even do anything with the premise of the manga club. It’s like an episode of Azumanga Daioh condensed into three minutes, and not funny. 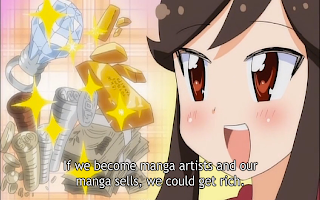 The “joke” about the poorly written character concept reaches for the lofty heights of actually being funny, but feels more like a stand up comedian pointing out something that exists, and then forgetting to follow up with a punch line of any kind.

There are maybe two segments, if you can call them that, in this episode, and there’s no connecting thread between them whatsoever. This is definitely not a show I’m coming back to. It has nothing to offer besides a frantic pace, which it seems to have confused for actually being funny.