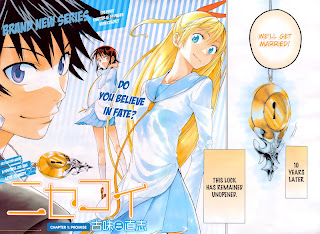 Because I don’t have an original bone in my body, here’s a column where I talk about manga I love that isn’t licensed in the states, but should be. And, since apparently providence loves me, this column is coinciding with the end of Bakuman. So for the first little bit, let’s use this as a chance to show off some of the series in Weekly Shounen Jump that I would love to see brought over to Weekly Shounen Jump Alpha. 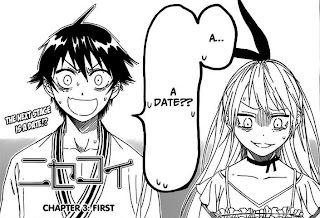 Shounen Jump has a pretty high turnaround, or at least it does for series that haven’t already been running for ten plus years. There are many series that never even break the twenty-five chapter mark. Some rare ones make it to fifty chapters, but those are few and far between. Nisekoi is one of those series that has almost made it to the twenty five chapter mark, and I hope that it not only passes said mark, but keeps going long enough to get licensed.

I love comedy manga, not gag manga those never make sense, but legitimately funny manga. Like Beelzebub or Sket Dance, more on those later. Mangaka KOMI Naoshi has managed to create not only a good comedy manga, but what might be becoming one of my favorite manga ever. 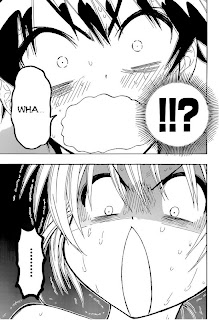 Nisekoi is the story of Ichijou Raku and Kirisaki Chitoge, two high school students that have grown up in Yakuza and Mafia households respectively. After a war breaks out between the two families, the heads of house decide to have their children date each other to keep their men from fighting. Problem is Raku and Chitoge can’t stand each other, and being forced to pretend to not only like each other, but be in love is more than they can handle. 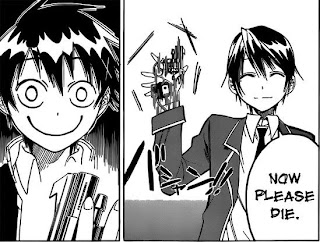 Not only that, but Raku has a locket given to him by his first love. He can’t remember her name, or what she looks like, but he knows that she has the key that unlocks his locket. Rather than being a straightforward, “It’s the female lead,” Naoshi has spent the past twenty-two chapters sowing enough doubt that there’s no way of knowing who Raku’s first love really is. 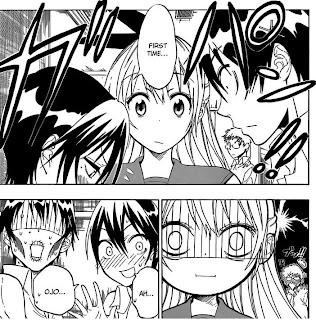 The plot is surprisingly good for a romance manga, especially one that seriously presents two girls for the main character to end up with. I tend not to like those kind of manga, but the characters are sympathetic enough that I could see Raku ending with either girl. 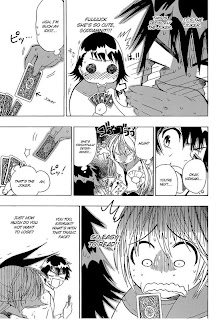 You may have noticed the pages spread throughout this column; they are there for a very specific purpose, to showcase the best part of this manga: the faces. Naoshi draws some of the most hilarious expressions I’ve seen in any manga. And it’s not just every once in a while, there are several priceless expressions every chapter, and they make me laugh every time. 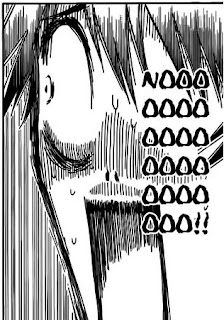 How can anyone not love this! License the manga! I don’t care if it’s only a few volumes long. I want! Sure it may be a brand new series, and the chances of it replacing Bakuman are low, but I don’t care! This manga is great and would be a perfect addition to the current Weekly Shounen Jump Alpha lineup. 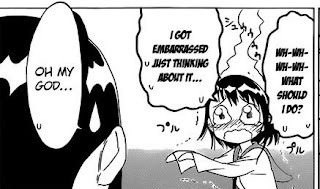 You obviously can’t buy Nisekoi yet, so go buy other manga

maybe if we buy more manga, Viz will listen to use when we ask for new series. And don’t forget to subscribe to Weekly Shounen Jump Alpha if you haven’t already.