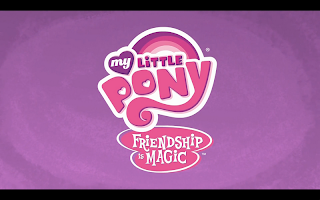 I love being a reviewer. It lets me watch anything I want, even when it’s something that gets me weird looks. All I need to say is that I’m watching the show for a review. Though, I don’t think anyone believes me when I say that. Or at least that’s how this entire project started out several months ago. 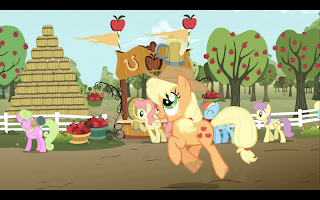 Because I spend most of my time on the internet, I kept hearing murmurs about something called My Little Pony: Friendship is Magic. At first I ignored it, because even someone who watches cartoons well into his mid-twenties has limits. “It’s for little girls,” I told myself. “Let the little girls watch it.” 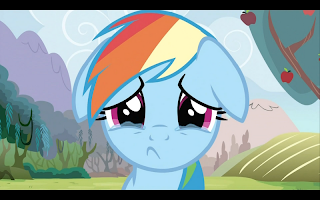 But I kept hearing more about it, and I even found out that there were a lot of college age guys who loved the show. This intrigued me, but not enough to take the plunge myself. It wasn’t until a friend of mine got into the series that I decided to give this one a look see, and see if there was a review in there somewhere. If nothing else I intended to see what it was about this show that made people lose their sanity and start wearing t-shirts for a little girl show. 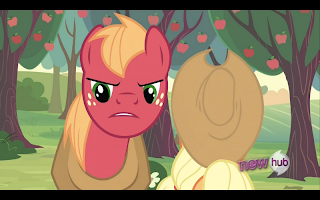 What I discovered was more than a little surprising. I could only watch a few episodes at a time, before I started questioning my masculinity and had to take a few steps back. But I prevailed, and now I will share my findings with you. 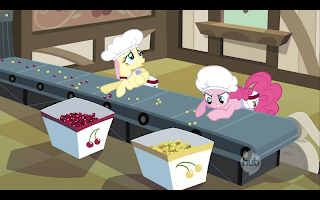 In an nutshell, I liked what I saw. This series has a lot going for it beyond the superficial. Obviously it isn’t going to be for everyone, especially people that care what others think of them. But from a purely objective standpoint My Little Pony: Friendship is Magic is a surprising series. 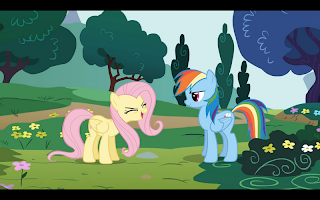 With the exception of the first two episodes, this is an entirely episodic series. Certain elements do bleed over between episodes, but these are mostly character development traits. It is very possible to just pick this series up and start watching any episode you want. And even though the first two episodes introduce the characters, the show is simple enough, and the characters are distinct enough that it doesn’t take much to pick up on the important bits. That, and the show is written for a younger audience, so by nature it isn’t as complex as something aimed specifically at adults.

So if My Little Pony: Friendship is Magic is such a simple, little girls’ show, then why do so many grown men love it to the point of creating an expansive internet subculture? The answer will of course vary from Brony to Brony, but there are a few things everyone that loves the show can agree on, and they are as follows: 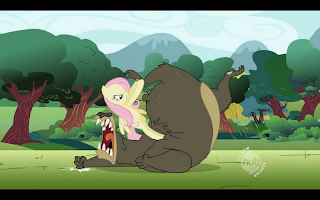 The Characters
At first glance the characters seem like the most basic archetypes. You’ve got Twilight, the bookworm; Rainbowdash, the tomboy (and according to some, angry lesbian, but shame on those people); Rarity, the fashionista diva; Applejack, the hard working cowgirl; and Fluttershy, the timid girl. Yes, the characters do fall into specific archetypes, but it takes only a few episodes to dispel the idea that they are nothing but archetypes. After seeing Rarity bend over backwards to please her friends, or seeing Fluttershy, aka the shy one, intimidate a Dragon, you begin to wonder if maybe, just maybe, there is more to these characters than their stereotypes. 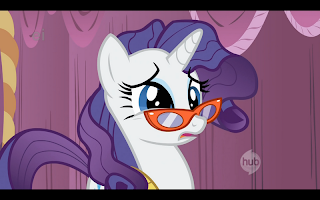 The use of archetypes are part of what make the characters so strong. While initially it may seem lazy, it is actually an effective writing tool I am quite fond of. I’ve seen far too many characters that are so original that they don’t fit any existing archetype. They are also incredibly unmemorable. Having a character fit into an archetype is an effective tool for making them stand out, and from that point on you can develop them beyond their initial mold.

Thanks to these archetypes the characters of My Little Pony: Friendship is Magic are easily distinguishable, and stick in the minds of the viewers. The fact that every fan of the show has their own favorite character is a testament to how well the characters are developed while still sticking to their stereotypical roots.

The Animation
I have to admit, that despite being a big fan of animation, I don’t know that much about it. But what I do know is that while there are some amazing amateur flash animations out there, the program tends not to be used very effectively by professionals. For some reason. Studio B, the animators behind My Little Pony: Friendship is Magic are absolutely amazing with flash animation. The art style is crisp and attractive, and the animation is fluid enough that animation errors are treated with either good humored tolerance, or rabid, adoring obsession. 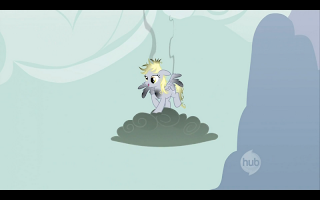 The Stories
The stories are simple. Very simple. In fact, if you can’t figure out the ending by about the half way mark then something might be wrong with you. And yet I somehow still miss obvious things, such as “Applejack’s” eye color changing during the race in Sisterhood Social. While episodes like A Bird in the Hoof are easily figured out by anyone not in the target audience.

What sets My Little Pony: Friendship is Magic appart from every other child’s show out there is that while the stories are predictable for adults—and this is only because we’ve lived long enough to come across story tropes that are brand new to children—they do not talk down to their audience. They treat the children’s intelligence with respect, and it’s because of this that adults are able to appreciate the well crafted stories as well. After all, Lauren Faust created the show to be enjoyed by kids and their parents, so it would stand to reason that adults without children might enjoy it as well.

The Humor
Keep in mind, this is not one of those joke a second series. The pace tends to be much slower, with focus split between telling a proper story, and developing their characters properly. But the humor does still rear its head, and when it does it’s absolutely delightful. Potential viewers shouldn’t think they’re getting into a comedy series, which My Little Pony: Friendship is Magic really isn’t. It’s a funny series, but it is not a comedy. That being said, there is plenty to laugh at, and plenty to enjoy for anyone that likes a chuckle or two. 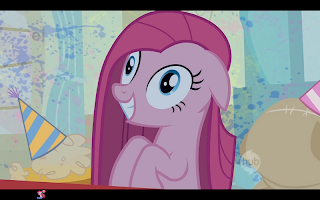 The Songs
Yes. There are songs in this show. And they’re the best part of the entire show! Daniel Ingram is the composer behind the vocal songs, and he did an amazing job crafting songs that are not only catchy but entertaining as well. There have been musical TV series before, but none of them can compare in quality to what My Little Pony: Friendship is Magic has done.

Normally when you think of songs in TV shows you think you’ll have to skip them. Not so with My Little Pony: Friendship is Magic. The songs are well written, well scored, and well performed. To the point that most fans would be overjoyed if there was a song, or more, every episode. And I am definitely one of those fans. I don’t necessarily have a favorite musical genre, but I do know when music is quality, and the music in My Little Pony: Friendship is Magic is definite quality.

Conclusion
While I don’t go out of my way proclaiming my love for this show, I tend not to talk about the entertainment I enjoy in my personal life, I will unabashedly declare it on the internet. Originally this was going to be a much more objective review, much more impartial. But that was months ago, and since then I’ve become well obsessed with this show. What started as research for a review became a fandom that I’m proud to be a part of. You’ve read the reasons why I love it, and nothing I say beyond this could convince you if you haven’t already been convinced to give it a look see. I highly recommend it, either for your kids, or for yourselves. You won’t regret it. 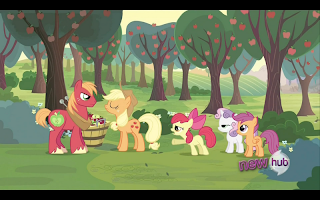 Hope you enjoyed the review, if you want to see me review the show episode by episode, let me know in the comments. I’m starting up a new policy that if reviews get enough views, comments, and requests for reviews of individual episodes, then I will go back and review the episodes starting at the beginning. So if you want to see my opinion on individual episodes, then let me know, and if this review is popular enough I’ll come back and review every single episode.