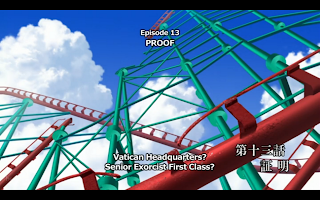 Introduction
Surprisingly little happens this episode, but a lot of background story is laid. Rin declares his secondary, more immediate goal, and the resident sexy chick is added to the cast. Also, I have very few usable screen shots for this review. Most of them will contain cartoon breasts. Just watch, my page views are going to sky rocket now. 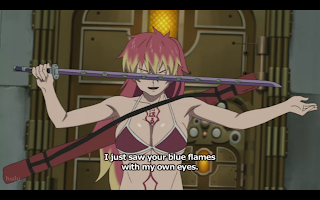 Plot Summary
Shura takes Rin in for questioning. She uses her keys to get to the local headquarters, where Mephistopheles claims that Fujimoto was raising Rin to be a weapon against Satan. Shura takes Rin into a private room, where she begins to “interrogate” him. 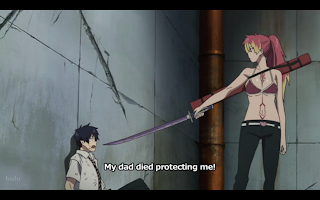 By which I mean she beats the crap out of him. 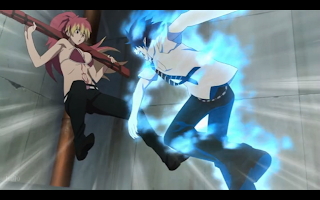 Shura turns out to have been Fujimoto’s disciple, but she cut of ties with him after he took in Rin and Yukio to raise them. She believes he became a fool in his old age, and wasted his life raising and protecting the spawn of Satan. Fujimoto wanted her to teach Rin how to use a sword, but she refused. 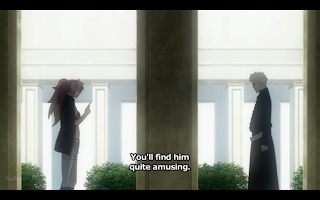 Rin declares that he intends to become Hokage the Paladin, the top Exorcist, to prove that Fujimoto was right to raise him. Shura realizes that Fujimoto did not raise a weapon, instead he raised a son. 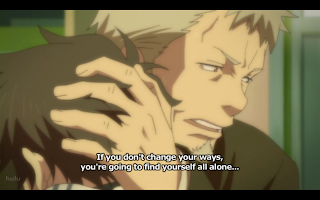 Shura becomes a teacher to replace Neuhaus, even though she is only eighteen years old. 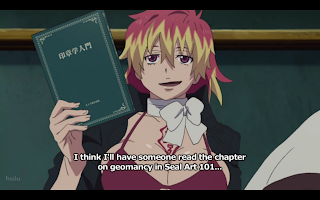 My Opinion
Welp, Shura’s introduction to the cast made this series literally impossible for me to recommend to people that don’t like cartoon breasts. The rating changed. What I’m saying is there were a lot of breasts in this episode. 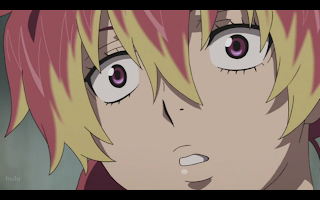 Pictured: A rare case of Not-Breasts. 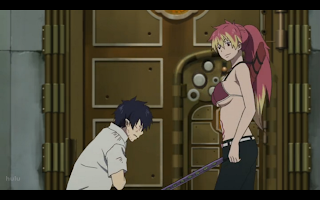 So many breasts, so little air time.

Also, I called Mephistopheles being a demon. I am such a smart person, for figuring this well hidden secret out. 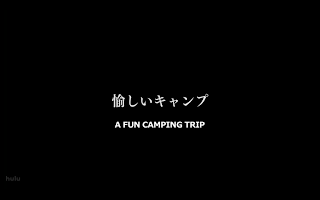