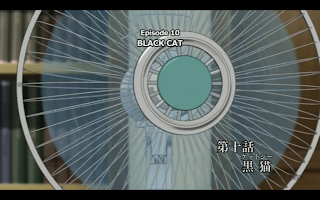 Introduction
I’ve let myself get way behind on my anime reviews, and now school has started. This is not a satisfactory state of events. As such chances are that you will be seeing a sudden influx of anime reviews. I’ll be keeping them short, since that way I’ll be able to get a lot more done. 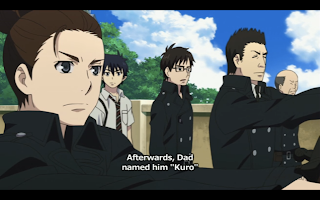 I’ve also been reading a design book for one of my classes, so I’ve been getting a lot of ideas for revamping my site. Hopefully the changes to how I write my reviews will make things a little easier for you, the readers. 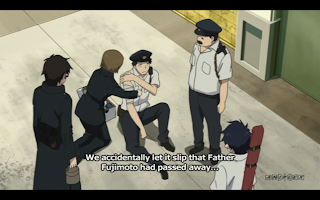 Plot Summary
On a hot day, Rin comes back from the convenience store, having forgotten Yukio’s water. The two of them get into an argument, when a call comes summoning Yukio out on a mission. Rin tags along with Yukio, and the two discover that Father Shiro Fujimoto’s former familiar–a demon cat named Kuro–has found out that Shiro is dead and gone berserk. 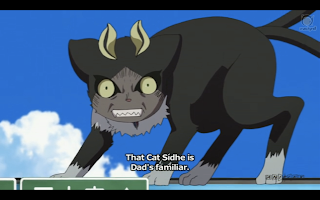 Yukio recalls how Shiro tamed Kuro, who used to be worshipped as a god, protector of silk worms. When the silk trade collapsed, people forgot about Kuro. Then his temple got destroyed by a construction crew, and Kuro started attacking people. 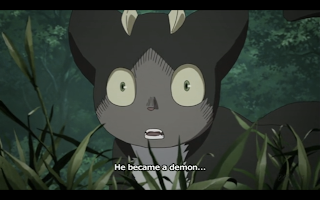 Exorcists were called in to deal with the demon cat, but rather than kill him, Shiro–the then Paladin, highest ranked of the exorcists–talks to Kuro and convinces him to become his familiar. 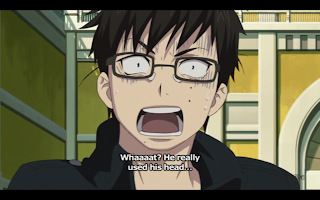 Yukio has a holy hand grenade (no kidding) that he got from Shiro in case Kuro went berserk. Rin, who had been hearing Kuro’s voice, tries talking to him first and is able to figure out that Kuro is in denial about Shiro’s death. Once Rin is able to convince Kuro that Shiro died, Kuro starts crying and turns back into a regular sized cat. 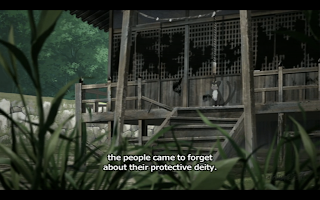 Kuro becomes Rin’s familiar, and the two of them and Yukio discover that the grenade was a flask of catnip wine. Yukio realizes that Shiro never would have killed Kuro. 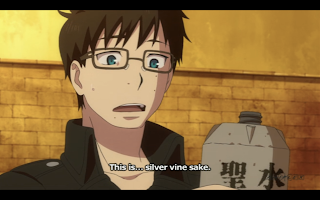 My Opinion
I have to confess that I’m surprised at how well Rin and Yukio’s interaction is written. Their argument at the beginning of the episode feels very much like the kind of argument I would have had with one of my brothers. Kazue Kato must have had more than one brother, or she had friends that had brothers, because I am honestly impressed at how well she writes their characters. 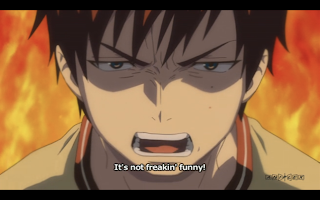 The two have been compared to Ed and Al from Fullmetal Alchemist, which is true enough, but if asked to compare the two brother pairs I would have to say that Rin and Yukio have the edge in realism, while Ed and Al are more like every brother ever wishes their relationship with their brother was like. 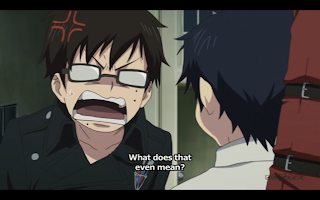 This episode made me cry, I guess it was just an emotionally fragile week for me when this came out. Strangely enough I had watched episode eighty four of Fairy Tail, another episode of an anime that made me cry. And both tear jerkers involved cats. Weird. 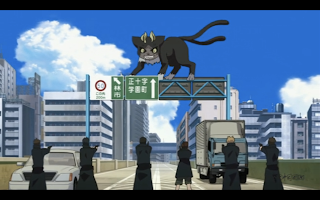 I like episodes that touch me emotionally, even as I hide the fact that I’m bawling, so this episode is ranking very, very high in my estimation. If a series can make you cry, then it’s doing something very right. Blue Exorcist has definitely been cemented as one of my favorite series. 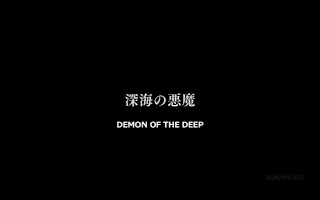