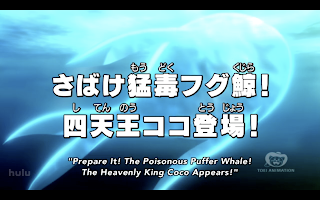 These titles keep getting longer! 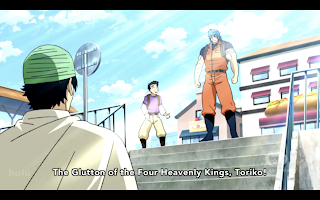 This episode is an adaptation fo the first few chapters of the second volume.  In it Toriko and Komatsu meet up with Toriko’s old friend Coco, to team up to make their way through a maze to the lagoon where they will be able to catch the Puffer Whales.  The problem is that a Puffer Whale is even harder to prepare than puffer fish, since the poison sac is in a different location on each fish. 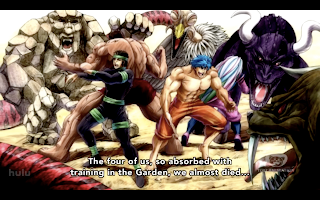 Once Toriko and his group make it to the entrance of the maze, they run into Tina, the news caster.  She of course follows along with them, and is almost immediately pushed out of the plot.  I can tell she’s going to be an invaluable cast member. 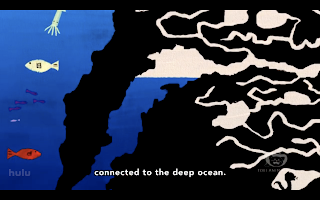 After navigating several pitfalls, they are rushed by a flock of bats, which Coco takes care of by using the poison his body secretes.  Turns out he inoculated himself against so many poisons, by injecting himself with tiny doses of poison, that the poisons all combined into one super poison inside him.  But instead of killing him the poisons give him poison based superpowers.  I can literally hear Stan Lee grinding his teeth in envy. 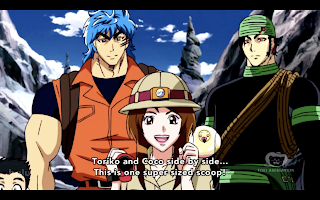 Toriko and Coco are attacked by the giant Devil Python, right around the time that they realize Komatsu is missing. 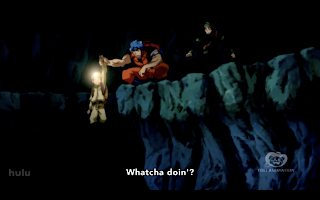 I enjoyed this episode a lot for reasons I can’t really explain all that well.  The arc that it’s setting up is promising, and I already know that it’s going to be enjoyable thanks to having read the manga.  I hadn’t read it when I first watched this episode, but as of writing this review I have not only read the manga, but seen the most recent episodes.  But since this is a review of this episode, and not the following episodes, all I can really say is that Toriko is starting to pay off as a series to be invested in.  This marks the first episode that has a legitimate hook to keep me watching, and I don’t think I’ll be stopping anytime soon. 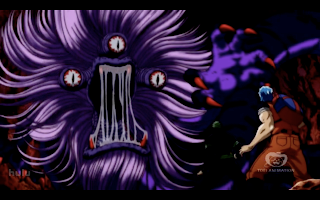