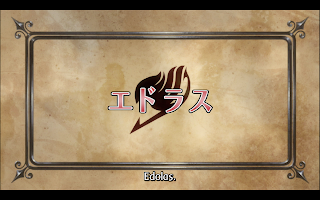 Charle tells Natsu, Wendy, and Happy about Edolas, where she and Happy came from.  She explains that Edolas, an alternate dimension, is losing magic power and to combat that the king of Edolas created Anima, to suck magic out of the real world.  But someone has been going around closing the anima.  She also says that she and Happy were sent on an alternate mission, which Happy can’t remember for some reason. 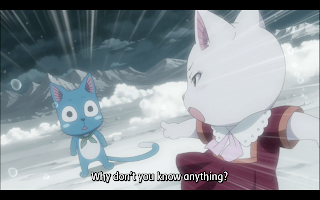 Natsu and the rest of them decide to go through the left over anima, to rescue their friends.  When they make it to the other side they find themselves flying among floating islands.  Happy and Charle’s magic gives out and they crash into some giant mushrooms. 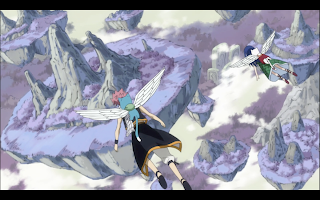 They walk around for the entire rest of the episode, and absolutely nothing interesting happens.  I think I’ve found my most hated filler for the series.  I wouldn’t mind if they stretched the episode out to make this arc last as long as necessary, but it’s one thing to add new events to a story, it’s a completely different matter when a good fifteen minutes of the episode is just the characters walking around and nothing interesting happening. 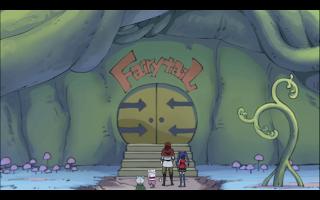 Fortunately even the animators grow bored with nothing happening, and after finding some disguises Natsu and co are finally able to find the guild.  Except, something is wrong. 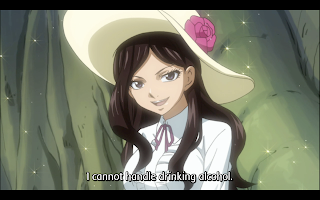 They’ve found their guild, but everyone is acting all wrong.  Who are these strangers that look like their friends, but act all wrong!?  And since when is Lucy badass? 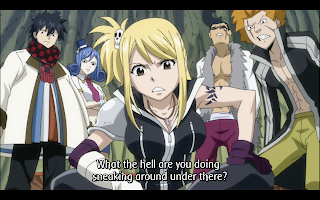 The best part of this episode was when it ended, except it finally got to the good part and I wanted to watch more!  Like I said, we’ve had a lot of luck with filler in this show.  I can only hope that this episode isn’t a sign of things to come in filler, because it was painfully slow and too many more episodes like this could chase off the weaker members of the fanbase. 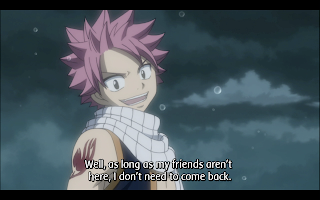 Fortunately things are moving again, so I think it’s safe to expect that the rest of the arc will be well paced.  A quick look at the episode list on wikipedia confirms that assumption.  If you consider the title of episode eighty two any kind of indication.  Which I can only assume means that the arc will be over, which makes this arc surprisingly short, compared to the monster length Nirvana arc. 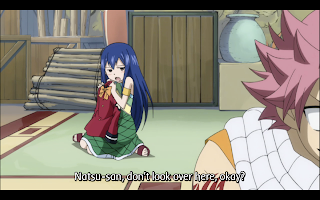 Really not much to say about the episode otherwise, except to recap that most of the episode was boring, and the rest of this arc can’t possibly be more boring.  At least I hope so. 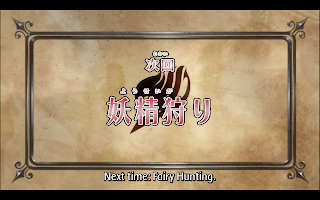