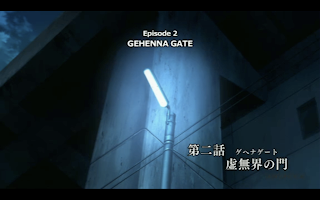 Watch the Show Here!
Or Here!

In my review of Blue Exorcist Volume 1 I said that the first few episodes of the anime are better versions of the story.  Now that I’ve actually seen the second episode I can verify or renounce that statement.  So the question now remains, was I right, or did I speak too soon?  Well let’s take a look and see. 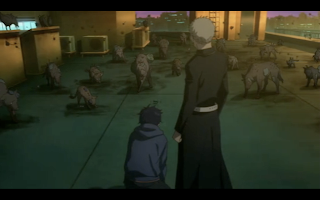 The anime expands on the manga, by starting off with Rin and Father Fujimoto (who will from here on out be known as FF) running across roofs and fighting demons on the run.  The music is once again high caliber, and sets the mood perfectly.  After this short opening the opening song starts playing, and it isn’t really what I expected.  It’s kind of like the Japanese version of My Chemical Romance, with a saxophone.  This needs to happen more often.  While I kind of like the style and sound of the song, I’m not entirely convinced that it works for me as the opening for this show. 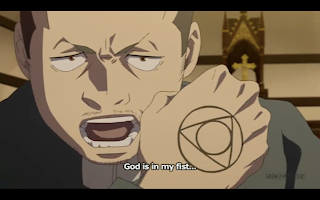 The kid that Astaroth possessed makes another appearance.  Apparently he can’t remember Rin at all, suggesting that he’d been under Astaroth’s influence from the very beginning.  He relapses and finds himself possessed once again.  I kind of like how, unlike the manga, they actually give this demon a name.  According to what I’ve gathered from reading the extra material, Astaroth is one of the demon lords.  Which fits in since he was a prominent demon in middle eastern mythologies.  The best part about his appearance in the anime, is that despite being technically filler since he isn’t named in the manga, it still works even if he shows up later.  There won’t be any unfilled plot holes, because this form isn’t Astaroth’s actual form.  He can appear later, and it won’t matter what he looks like, because he will be possessing someone else. 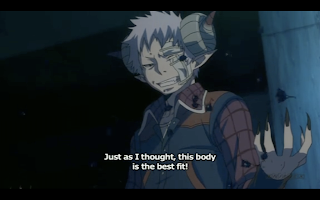 Demons attack the monastery, led by Astaroth himself, and at this point I have to point out that the music is positively cinematic, and even reminds me of The Dark Knight soundtrack.  The exorcists fight off Astaroth and his demon minions, exhibiting a neat variety of powers.  But it’s FF who takes the cake with his special ability. 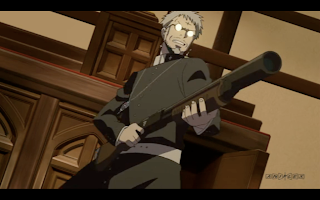 The attack by the demons also helps FF telling Rin he has to leave make more sense.  That bugged me about the manga, since there was no clear reason why Rin had to leave.  Wouldn’t he be safer if he stuck around with the world’s most powerful exorcist?  With the demon attack going on it makes a little more sense, since it’s not exactly the safest place for Rin to be. 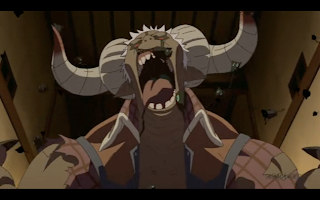 In the end the demons are all exorcised, but Rin gets into a fight with FF and says some things he probably shouldn’t have.  FF is then possessed by Satan, who then summons the Gehenna Gate.  FF stabs himself, and Rin pulls both free from the Gehenna Gate by unsheathing the sword FF gave him. 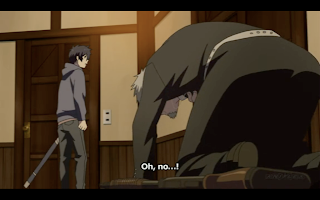 This was the most crucial part.  In the manga everything was so rushed that it left no impact on me.  But since the exact same events are paced out properly and padded a little with filler, this entire scene is all the more powerful.  We know thanks to some well placed flashbacks how much FF and Rin mean to each other, and it doesn’t hurt that the music fits the scene perfectly.  So, as opposed to the manga, this scene actually means something.  FF’s sacrifice actually has impact, and I’m not afraid to admit that this scene left me a little teary eyed. 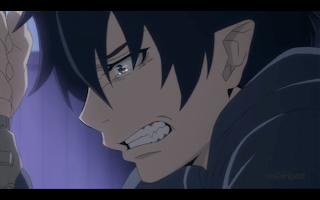 Wait, bring back the shotgun priest! I want him to be our protagonist!

After watching both episodes I stand by my statement that this is a much better way for someone to be introduced to Blue Exorcist than the manga’s first chapter.  I once again highly recommend that people watch the anime first and read the manga second.  And considering I’m pretty much a manga purist, that’s saying something. 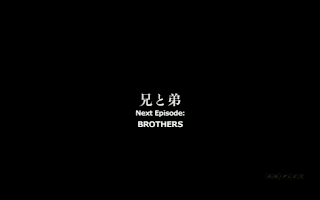 If you liked my review, Watch the Episode Here!  Or Here!