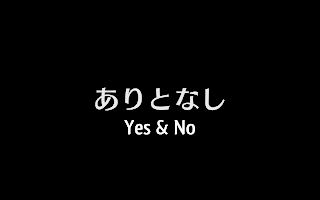 Well, here it is, the last episode of the first season.  I sincerely apologize that it took me so long to get around to posting this review, the date tag notwithstanding.  I only just recently finally finished the semester, and don’t have to worry about any more papers, or studying.  You’ll be seeing a rush of old reviews, as the week that follows when I write this is also the start of my one review a day marathon. 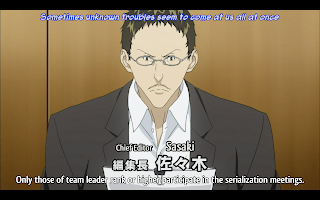 In usual Bakuman fashion, little actually happens in the episode.  The majority of this episode covers the serialization meeting, which would be far too dull if I were to summarize it.  The anime does manage to keep things interesting by at first playing the ending theme in the background, and then by focusing on the plot important details only. 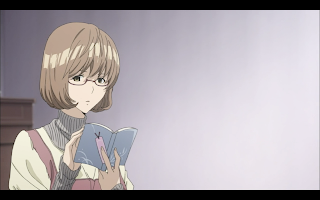 I did enjoy that they managed to get some background information on the rival characters, in a way that is almost maid and butler dialogue, but manages to avoid that designation by actually being appropriate for the situation.  The writing for this show has been consistently elegant and well crafted, as is to be expected considering the source material. 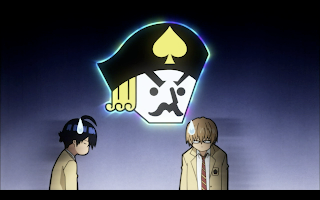 In the end Mashiro and Takagi get the call that their manga will be serialized.  The scene is done well, and not only is the tension strong as they wait to hear the results, but the joy they feel is infectious.  Everything wraps up with Mashiro running to Azuki’s house, to stand there and flashback to the first episode.  Normally I’m not a fan of flashbacks used like that, but in this case it felt appropriate, as it really has been a while since this show began.  Azuki call’s Mashiro, and her hanging up on him the last time is worth it because this scene was just the right amounts of touching.  A great way to end the first season. 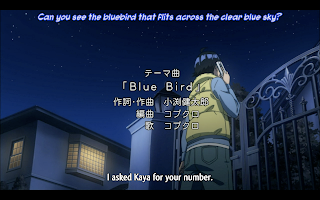 Except that isn’t how it ends.  Hattori comes over to talk with Mashiro and Takagi, and brings Miura with him.  Their new editor. 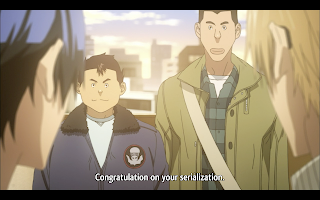 And that’s how the first season ends.  Now I definitely can’t wait for the second season.  And I’ve made up my mind, I will continue to review this series week by week.  Though whether it will get its own post, or be combined into an overall retrospective for each new anime episode every week once school starts, has yet to be determined. 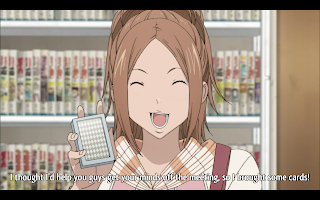 The main thing that I take back from this season is that, well, it seems like very little happened.  I looked some stuff up online and found something interesting.  Let me put it like this: 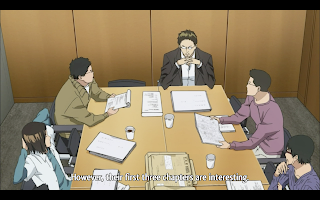 If they go beyond the second season, and animate the entire manga, which isn’t uncommon for a popular jump series, then this is going to be a loooong anime.  To put things in perspective: Episode 18 is made from the last chapter of volume three.  And since the episodes and chapters have the same names it’s easy to figure out how much of the manga the anime covers.  Using this, and the trend of around one episode per two chapters, and apparently one episode per chapter towards the end, I can confidently guess that the entire first season covers the first four volumes of the manga.  Keep in mind that’s thirty four chapters, serialized over thirty four weeks.  Compared to twenty five episodes over around twenty five weeks.  So eight and a half months for the manga, and about six months for the anime.  And yet, somehow, it felt like it took the anime longer to get to the good parts. 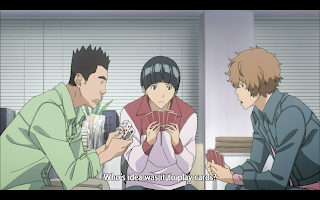 This opens a can of worms for me, so I’m going to be looking into this.  The fourth volume should be already released, so when I get my hands on that, and after I get all three manga reviews done, I’ll be reading over the series again, and then watching the anime again.  I can’t really test whether the wait for a new installment is worse for the anime or the manga, since it’s already been too long since I read those early chapters weekly.  But what I can do is test how the pacing holds up when experienced in one go.  It’s already guaranteed that I’ll get through the manga faster, since the anime forces me to go at its pace rather than my own pace, so I’ll let you know how long it takes me to get through each, and how that factors into the pacing. 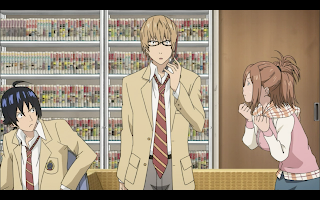 My initial hypothesis is that the anime will be much more enjoyable to watch all the way through, rather than waiting a week for a new episode.  Experiencing the story in one go will probably also help iron out the narrative hiccups I noticed along the way.  Not to mention it’ll be much more fun to watch without having a pen in one hand and the fingers of my other hand on the screen-shot keys. 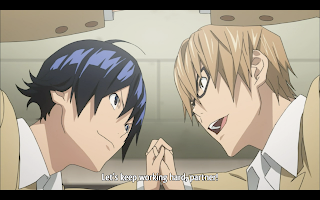 I can’t guarantee when this will get done, since I’m going to be working a lot this summer, and have other writing to take care of.  But I really want to get an answer to this now that it’s bugging me.  So I should get through it sometime during the summer. 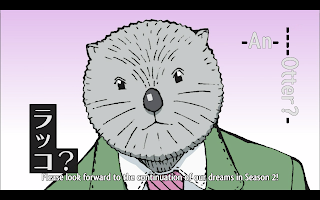