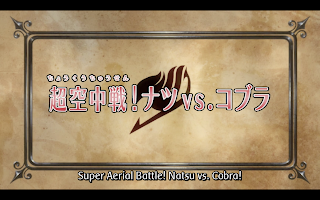 First thing to note is that this episode there is a new opening theme.  Can’t really say what I think of it yet, I’ll have to see if it grows on me or not.  I’ll possibly do a review of all the opening themes, eventually.  Speaking of which, I should get around to reviewing the second OST.  I’ll do that once I figure out how to keep the workload for this blog from being overbearing. 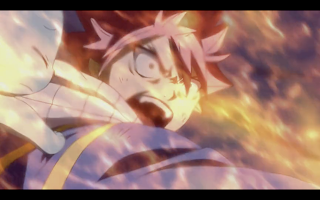 The episode continues the fight between Natsu and Cobra.  Natsu is unable to land any blows, as Cobra can predict all his moves.  Since the majority of this episode is their fight, the review will be somewhat shorter, so I’ll summarize it in a nutshell here.  Cobra’s hearing is so good that he can even hear thoughts.  They have some fun with this, with Natsu thinking of a joke and Cobra bursting out laughing.  While this does kill the tension of the fight, I don’t mind it so much because it kinda endears Cobra as a character to me.  Besides, Fairy Tail is very much a comedy series, so some jokes need to be thrown in their every once in a while. 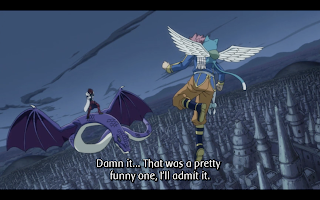 Cobra reveals that he is the poison dragonslayer who, like Laxus, who was created by fusing dragon energy lachryma with his body.  He brings up that dragonslayer magic was originally the magic of dragons themselves, and that humans never should have been capable of learning it in the first place.  This brings up my theory that Natsu isn’t really a human at all, but an actual dragon in human form.  But until further evidence I can’t prove that.  Though there is a ton of support for that theory. 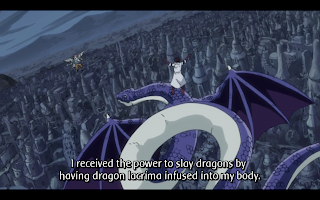 Both Natsu and Happy are poisoned, and Natsu tries a final attack as a desperation move.  When that fails he starts screaming in frustration.  That scream turns into a roar as loud as any dragon’s roar.  Cobra’s sensitive ears can’t handle it, and he is knocked from the sky. 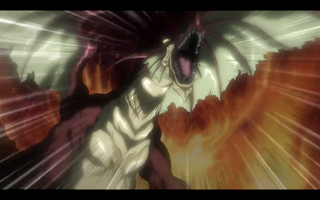 There are some other things that happen in the episode, such as Hoteye explaining the history of Nirvana and the Nirvit people who created it.  But since it’s only a minor part of the episode, and it really isn’t up to me to summarize the whole thing.  So I’ll let you watch the episode for all that delightful exposition. 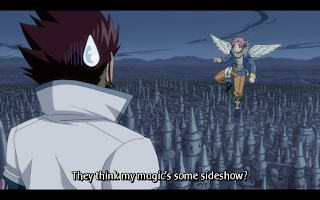 Oh and Hoteye starts a fight with Midnight.  But eh, that’s not why you want to watch this episode. 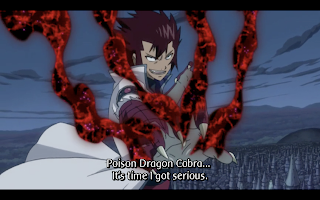 This was a fun episode, as they usually are.  It focused entirely on the fight, so it seems like not much happens, but as far as fights go it’s pretty good.  Mashima has a talent for finding weaknesses for his characters to exploit.  Granted this doesn’t always work out the way he wants, but it isn’t too shabby, and this was one of the better examples. 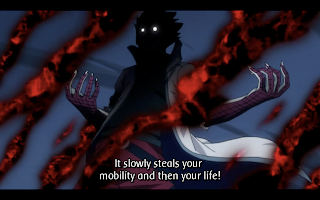 I’d say that this is one of those episodes that would probably be a good one to show someone you’re trying to get into Fairy Tail.  It is one of the better fights, and since most of it is just the fight it is prtty self contained. 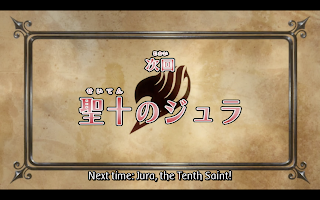