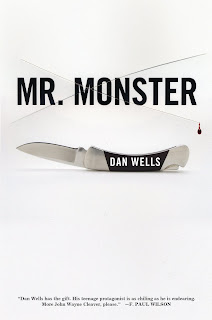 I’ve noticed an interesting trend in media. Movie sequels, with a few notable exceptions, invariably suck. I think this is because when creating an original movie the creators have to put all their effort into making it good, because nobody in the audience has any prior experience with this new product. If the movie is no good nobody will go to see it, and they won’t make any money. But while making a sequel it’s all too easy to just rely on the success of the first movie and produce a less than stellar follow up.

When it comes to novels, this is not the case. Or at least it seems to happen less often. Most people agree that when it comes to a book series the best books are always later on in the series. It happened with the Dresden Files, which I am currently reading – expect reviews of those at a later date as soon as I catch up on my backlog of reviews. According to the people I’ve talked to the first book in that series isn’t really good, but all the books after it are amazing, or close to it.

In the case of the John Cleaver series, this phenomenon holds true. Dan Wells has already proven that he knows how to disturb us with I Am Not a Serial Killer. With Mr Monster he’s gone and proven that he is only getting better at this. Mr Monster is not only creepier, but it contains less gore than its predecessor. Where certain scenes in I Am Not a Serial Killer made me physically ill either by their graphic nature, or the pure creepiness of reading about an embalming being performed, Mr Monster made me stop in the middle of my reading and realize that I actually want the teenage sociopath to commit murder.

(Please note: This does not reveal any disturbing information about my personality, I have spoken to several other people who have read the book, and all confess that they had the same reaction to the scene I am referring to. So please put down that straight jacket.)

Mr Monster is a creepy, creepy book. If you don’t like horror, don’t read it. Actually, I don’t like horror, and I still loved this book. How strange. I guess I have no choice but to highly recommend this book, just don’t expect a fairy tale happy ending. If you keep in mind that things will turn out for the better, but not the way you’d expect, you’ll enjoy this book.

The biggest reason for reading this book, for fans of literature and writing in general is Dan Wells’ prose. The book is written in first person, as seems to be the trend in much of speculative fiction these days, and does a masterful job of bringing us into John’s head. Mr Monster improves on I Am Not a Serial Killer by keeping the identity of the main antagonist a mystery until the beginning of the climax. And from then on it’s all downhill for our friend John.

Towards the latter half of the book Dan Wells manages to build an interesting mythology for his world, that I can’t wait to see explored in I Don’t Want To Kill You – scheduled for release next year. My only regret is that we won’t get to see much more of the world he’s created as the third book will also be the final book. I won’t make any predictions about it, but I can only expect that it will be phenomenal.

Or, if you’d rather have the Paperback: Mr. Monster (Paperback)

If you don’t want to wait, here’s the UK Edition (the one I read): Mr. Monster (UK Edition)

And with that I leave you, now go, and buy this most excellent book. If you need any more incentive to buy the book, know only this: Mr Monster wins my award for the “Most Metal Ending Ever.”

What this ending is, I won’t spoil. But if you don’t buy this book, you will be missing out. Dan Wells is a promising author, and the more people buy his book, the more we will be able to enjoy his excellent brand of horror.