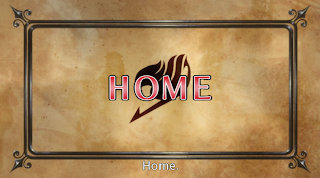 Did we need that subtitle here?
Watch the Show Here!

The episode starts with Erza’s funeral. Uh…that can’t be right. She’s one of the main characters, she can’t really… 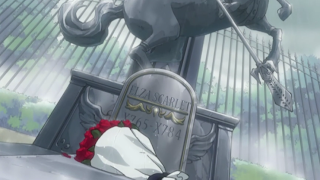 That’s…a surprisingly dark plot twist. Makarov gives Erza’s eulogy, and the magic council arrives to declare Erza one of the Saint Ten Wizards for all eternity. The funeral is interrupted by Natsu, who starts trashing the grave, yelling that she isn’t dead. Everyone else tells him to accept the facts, and when he doesn’t calm down he has to be restrained.

But it turns out that Erza isn’t really dead. It was all just a dream. 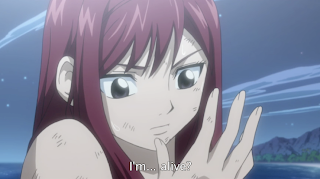 Erza learns from her dream that dying for your friends isn’t the answer, because those left behind won’t be happy she died for them. Instead she’ll just be causing them pain by dying. Natsu reinforces this by telling her never to sacrifice herself for their sakes again. 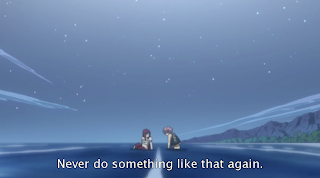 Erza’s friends leave to see the world, and Erza gives them them the Fairy Tail farewell. Complete with fireworks. 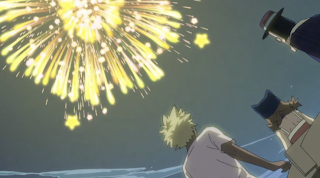 After seeing off her friends, Erza and the rest of the team travel back to Magnolia. Where they find that the Guild has not only been rebuilt, but improved upon. 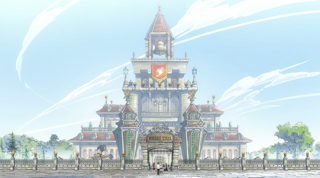 While the rest of them are marveling at the new and improved guild, Natsu only grows more and more surly the more changes they see. 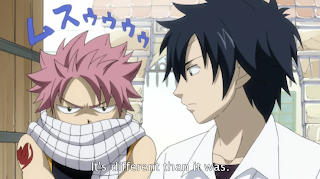 They find out that Juvia, who left ahead of them, has already joined the guild, and gotten a hair cut. 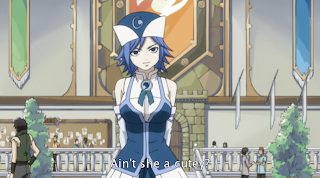 She even downgraded her bling.

Much to their dismay she isn’t the only former Phantom member who has recently joined their guild. Their other new guild member is Gajeel, the Iron Dragonslayer, and the one who destroyed their old guild and injured Levi and her team. Naturally the team don’t take this well, and it is quite clear that there is still animosity there. 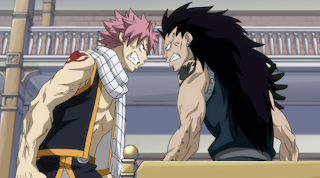 Mira gets on stage and performs a song, as a farewell for the guild members leaving on missions. Then Gajeel takes the stage, and chaos erupts. 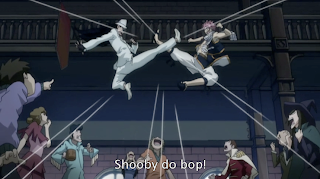 And just like that, Fairy Tail is back to normal. 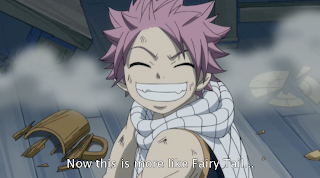 And Natsu couldn’t be happier.

This episode is what I like to consider a breather episode. Nothing major happens, it is the end of a major arc, and we are given some time to breathe before the start of the next arc. Unfortunately the anime doesn’t take advantage of some filler material to extend the story a bit. I do appreciate the “no filler” approach they’ve been adopting as of late, but it still worries me that this will only spell the early demise of my current favorite anime series. Especially when there was at least one chapter of manga specific filler that they could use. Well, maybe we’ll get lucky and they’ll use the reporter character in a later episode. Shame though, I don’t think they will, as the end of this episode was a mixture of not only the chapter it came from, but the filler chapter as well. 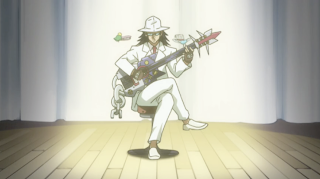 Another point I feel I should note is that the anime makes a bigger deal of introducing the character of Max, even going so far as to give him a reason for being introduced then. According to the anime he was out studying business on the master’s orders. Which is fitting as later on in the manga he is generally the one who runs Fairy Tail’s business ventures. However, compared to the anime, in the manga he is never really introduced. He’s just there, a character the main characters know, but wasn’t important enough to be named yet. Not sure which approach I prefer, but it is nice that the anime made a point of introducing him specifically.

I know it’s been a continued concern of mine, especially considering how good series have died out because of filler endings, or because they ran out of manga material. Fairy Tail seems to be in danger of that for me, despite that including this arc there are two more arcs to go. But at the rate they are going, I wouldn’t be surprised if we were caught up in a few months. I guess the best I can hope for is that the anime takes a break to allow the manga to continue, and then is popular enough for a new series or season. Or they use filler effectively. Fairy Tail has several Omake chapters that could easily make good filler. This would be especially beneficial because then we would have filler that was written by Hiro Mashima. I don’t know if it will happen, but I think I can make the prediction that down the line we will see a series of episodes based on these omake chapters. At least I hope so, because some of these chapters are hilarious, if short, and could easily either be extended into their own episodes or combined with several chapters to make an episode. Kind of like Azumanga Daioh was made up of sometimes disconnected events, random happenings that while hilarious didn’t present much of a narrative thread. Heck, I could even think of a few omake that could be combined into one episode.

But, I think that’s enough for now. This was a good episode that let us have some fun with the characters we’ve come to love and to watch them having a good time. Even if it is short lived, and next week we move on to one of the more interesting arcs of the manga. This time they won’t be facing a megalomaniacal wizard, instead they will be forced to fight their own!