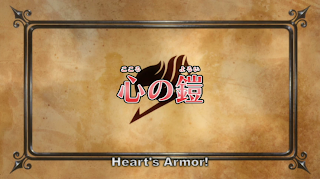 Last episode Lucy was in deep Doo-Doo, as she found herself not only facing Vidaldus Taka, but a brainwashed Juvia as well. 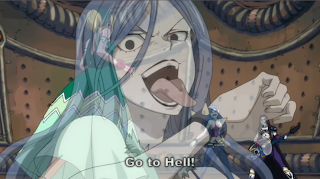 This fight is one of the most surprising ones out of the entire series. Lucy’s been able to hold her own in most of her fights, usually with great effort, but this time it’s amazing how well she handles the fight against Juvia. 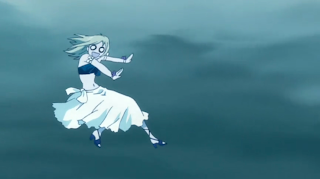 Her previous fights have belied the proficiency with which she… 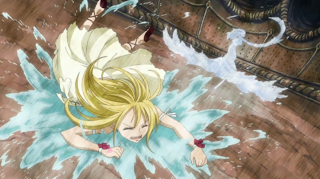 So yeah, she kinda takes a beating during this fight, up until Lucy manages to make contact with Juvia’s heart, underneath all the mind control. The scene is pretty touching, and again the music helps a great deal to set the mood. I really can’t emphasize how much I love the soundtrack for this series enough.

What happens next really is actually pretty bad-ass by Lucy standards. She uses the water of Juvia’s body to summon Aquarius, accompanied by a new theme that promises the second soundtrack will be even better than the first. 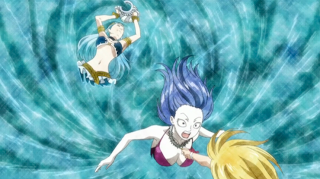 After Lucy frees Juvia from the mind control, via Aquarius trying to kill both of them for summoning her, the two girls grab onto each others’ hands and inadvertently fuse their magic together in a Unison Raid, overpowering Taka’s water absorbing ability and knocking him out for the count. 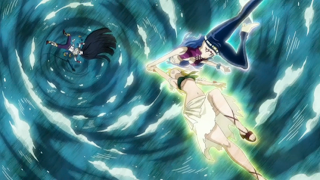 As far as I know, the Unison Raid is never brought up again. I guess Mashima later decided he didn’t want to use it again after already bringing it up. I wonder why Manga-ka always seem to do that? 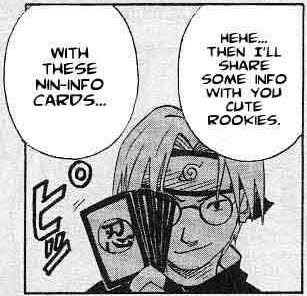 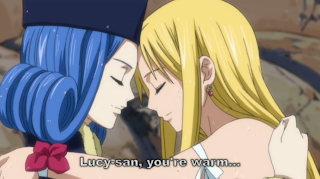 And congratulations are shared for a battle well fought. Though it seems like I’m forgetting something… 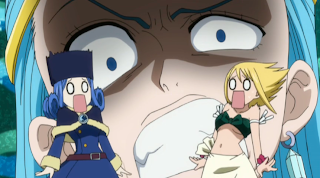 I actually always enjoy watching Lucy’s fights, because like Nami from One Piece her fights are never won by brute force. In Lucy’s case her magic relies on the strength of her heart, and this battle emphasized that. She didn’t win because she was stronger, but because of the bond she’d managed to form with Juvia already as friends. This theme caries throughout the series, and while Lucy isn’t the strongest character out there, I find it refreshing that she has her own brand of strength that doesn’t necessarily rely on battle prowess.

Back with the council, Sieg convinces them to fire the cannon Etherion by revealing who exactly Jellal is trying to resurrect. 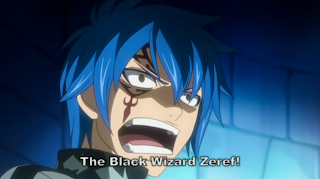 This puts the council into a panic, and they agree to fire Etherion, as the danger of Zeref, who we don’t know much about besides that he was a Dark Wizard, is greater than the damage firing Etherion would cause and the lives it would take.

Natsu continues his fight against Fukuro, but it doesn’t go well for him. 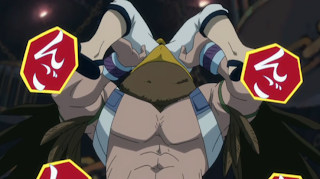 Gray shows up, and finishes the fight, freeing Natsu, much to Natsu’s later chagrin. And the episode ends with the council re-voting and agreeing to use Etherion.

I liked this episode, between the two good fights, and the flashbacks to Gray remembering when Erza first came to the guild, as well as a stunning soundtrack, this episode manages to not only tug at the heart string, but also provide plenty of action and great animation. Fairy Tail only continues to improve, the animation keeps getting better and better, the music is phenomenal, and the story remains filler free for the most part, focusing on Mashima’s original writing more. 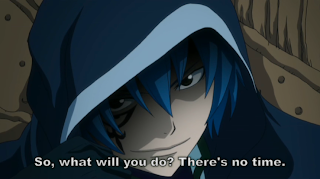