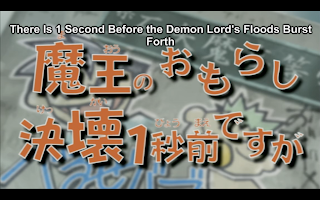 Oga wakes up to Beel having flooded the entire house with his urine.  Oh boy, this is going to be an interesting one.  Fortunately the urine is different from human urine and is basically water.  Still, nasty.  Hilda puts on a device that diverts the urine to another dimension, and Oga decides that he needs to get his hands on some diapers.  So he runs down to the convenience store. 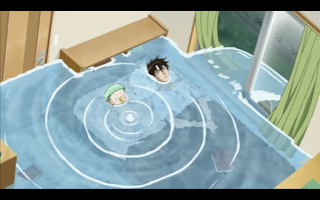 While there the convenience store is attacked by a group of robbers, who take everyone hostage.  I would like to point out that this was not how it happened in the manga, and as such if it seems dumber than the rest of the episode (hard to imagine how that could be possible), that’s because it wasn’t taken from the original. Yes, the original is very much a bastion of class.  And urine. 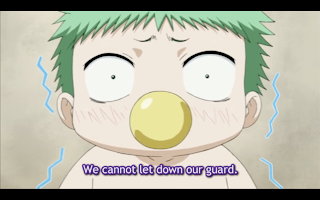 At first I thought I was going to hate the robber filler, but it was actually fairly amusing, and while odd worked just fine as filler.  However, this episode won’t be making any top ten lists of mine anytime soon. 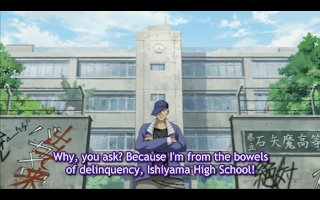 In the end Oga takes out the robbers, and Hilda flies him over the ocean to wait for the urine to stop. 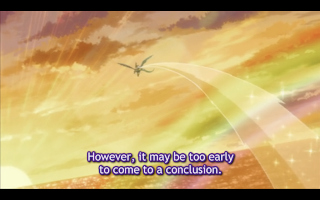 This episode was odd, but not terrible.  I wouldn’t recommend this to be the first episode you show someone new to this show.  Or maybe you should, just to warn them in advance exactly how strange this ride is going to be. 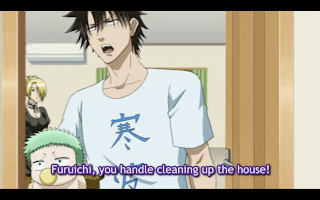 As with all new shows I can’t help but find myself in something of an ennui with these early episodes.  Things happen, more or less, but the story itself has not started moving forward.  It’s sad, because I really like this manga, but I guess I’ll just have to see how the anime progresses. 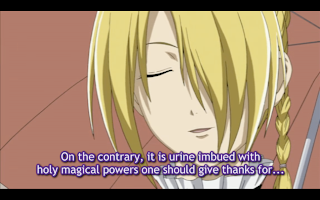 I will, however, judge it based on weird shit like this.

Then again, I really shouldn’t judge a series based on its filler.  So we get to wait for next week – which is this week, but you get the review next week – to get back to the main plot! 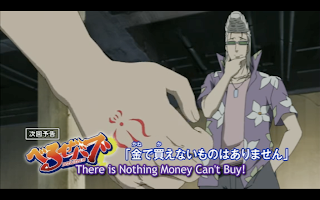