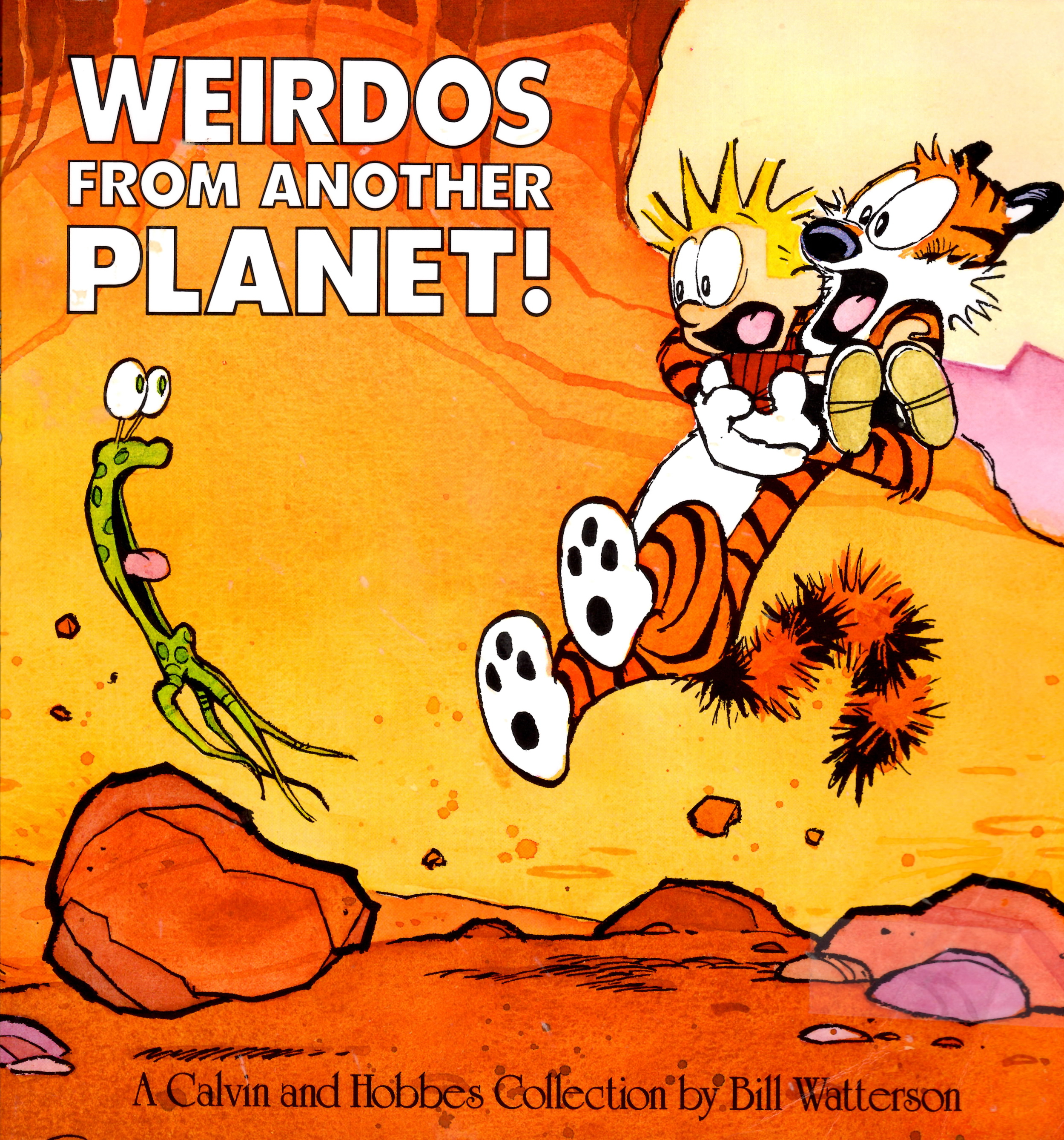 What can I say about this collection that I haven’t already said about the others? If you scroll down the page you can see the grade I gave it, though you probably don’t need to, because I’ll never give any Calvin and Hobbes book a lower grade. So why even bother with this review?

Well, I don’t know about you, but I for one never get tired of lavishing praise on Calvin and Hobbes, so we’re going to keep going until I run out of books. Which will probably happen around the time I run out of money. But this is not that day, so sit back and enjoy a brand new batch of Calvin and Hobbes reviews.

As always, Calvin and Hobbes is the greatest comic strip ever, etc, etc. And besides the trip to the Zoo, yet another vacation, and their journey to Mars, this collection has some of the strongest stories in the series.

Then again, there is a particular story that I feel is worth mentioning, and not necessarily in a positive way. The story where Calvin decides to be a tiger, and dresses up as one. The story devolves into Calvin and Hobbes fighting over which side of a rock belongs to whom, and ends on one of Watterson’s environmental messages. Overall, a great story. However, and here is where I risk the ire of all, it feels superfluous.

Please, finish reading this before lambasting me with nasty comments (feel free to leave comments after you finish the whole review). The reason I say it feels superfluous is because we already had a similar story to this one. The introduction of the transmogrifying device has Calvin turning into a tiger. Now, there are two things I find worth mentioning.

Firstly, if Calvin wanted to be a tiger in this book, then why did he dress up as one, he could have just used his transmogrifying machine to turn into a tiger. Or did he just forget he had it? (Actually, that would make a lot of sense).

Secondly, and this is more about Watterson and less about Calvin, could this story not have merged with the earlier story where Calvin actually turns into a tiger. This story could easily have been added to the prior story, and in fact I think it would have worked well with Calvin saying he wanted to be human again, after finding out tigers are endangered, and then something happened to the machine to keep him stuck as a tiger.

Though to be fair that would have coincided quite a bit with the transmogrifier gun. Actually…that story could have then been combined with this one.

Of course I understand that with syndicated work, when you get an idea you can’t really go back and change a previous idea. I think it’s fairly clear that Watterson didn’t think of having the message about tigers being endangered until after he wrote the transmogrifier story, and rather than copying his earlier story too much, he stuck with Calvin dressing as a tiger rather than turning into one.

Not to mention, my idea would have deprived us of two, possibly three, Calvin and Hobbes stories. So possibly not my greatest idea ever.

One last thing worth mentioning is the Sunday strip where Calvin’s dad tells him the story of “The Disembodied Hand That Strangled People.” This is one of those strips that has stuck with me for years, and ranks in at least my top three favorite strips. Even as a child, first reading this, I made an oath that one day, when I have children of my own, I would try this out on my own kid.

So ladies, if you like traumatizing children, and camping in the rain, then hit me up.

The Grade
As I said, no collection of Calvin and Hobbes desserves any less than a perfect grade. Of course this does mean that I’m abusing the high end of my grading scale, just as I was afraid I would when I first created it. Oh well, if anything this series deserves it.

5/5
Buy the Comic! Weirdos from Another Planet!