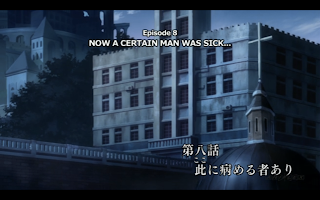 Watch the Show Here!
Or Here!

After an argument during class between Ryuji and Izumo gets out of hand, the class are all refined to the dorms to make up for the fight.  Even thought most of them weren’t involved, Yukio tells them that exorcists have to fight in teams, and that any conflict among them affects the whole class.  After he goes off on an assignment the group are all left alone together.  Then the lights go out and they find themselves attacked by the ghoul from last episode. 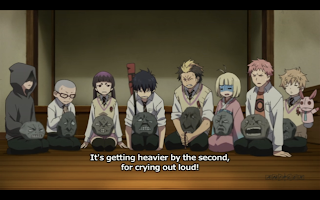 Shiemi is able to hold off the ghoul by summoning a giant tree from her familiar.  Already her ability is deceptively powerful.  Actually, not that deceptive.  She manages to split the ghoul in half, and when Rin climbs out to draw it away only half of the ghoul follows him, the other half keeps attacking the other students. 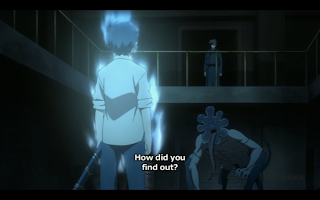 Ryuji is able to recite the ghoul’s death verse just in the nick of time, and Rin easily finishes the other ghoul off with his sword.  But not before discovering that the attack was orchestrated by one of the exorcism teachers. 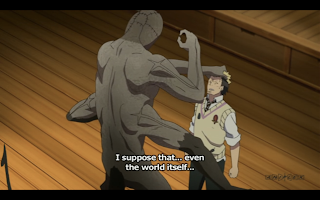 Once again, equal parts character drama and action.  I really cannot recommend this series enough to people that want a little more from their shonen action series.  There’s a lot of setup at the beginning of the episode, before the ghouls attack, allowing for some cute moments, interesting character growth, and dealing with the unfinished issues from the last episode. 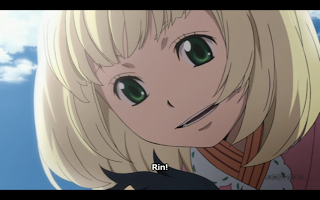 Izumo gets quite a bit of focus during the episode, mostly focusing on how she’s kind of a jerk, but also hinting at a very compelling reason as to why she is like that. 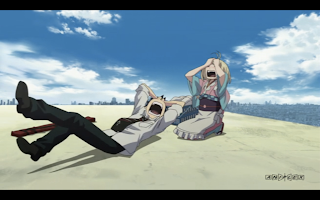 Not to mention this episode has my current favorite moment of the series.  I’m a sap for cute/funny interaction between characters, and the head bump between Rin and Shiemi, while painful looking, counts as one of the most oddly cute moments I’ve ever seen between two characters.  While I normally consider shipping to be the devil (but it is in me, and I cannot deny it, hence why I use the hollow graphic anytime I reference shipping), I’m enjoying what I see so far.  It’s cute, and promises for some drama later on.  Here’s hoping it’s well written drama, and not fake drama that has turned me off from several series. If you liked my review, Watch the Episode Here! Or Here!